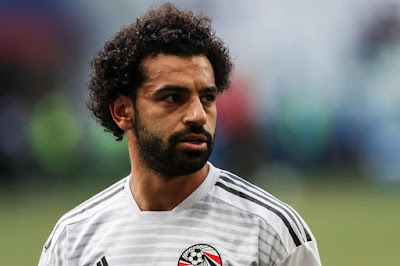 Mohamed Salah has taken a swipe at Egypt’s football federation after the country’s votes for FIFA player of the year awards were declared invalid.


“Whatever they do to try to change my love for Egypt, they will not succeed,” Salah, who finished fourth, 20 points behind Messi, tweeted.
Lionel Messi beat Virgil van Dijk and five-times winner Cristiano Ronaldo to win the award for a record sixth time on Monday.

Salah has removed any reference to Egypt from his official Twitter and his bio now reads “Footballer for Liverpool FC”.
EFA had said captain Ahmed Elmohamady and then-coach Shawky Gharib both picked Salah as their first choice, but their votes were missing from a list released by FIFA.
Only Egypt’s media representative Hany Danial’s choices (Sadio Mane, Cristiano Ronaldo and Salah) were listed on FIFA’s website.
Meanwhile, FIFA have explained that the forms were invalid because the signatures were in capital letters and they were not signed by the EFA general secretary.
“The Egyptian FA have received two reminders to submit the properly signed voting forms on Aug. 19, 2019,” a FIFA spokesperson told Reuters.
“The Egyptian FA has not submitted a response within the (limited) timeframe until Aug. 21. Therefore, the votes from the Egyptian FA could not be counted.”
Sports