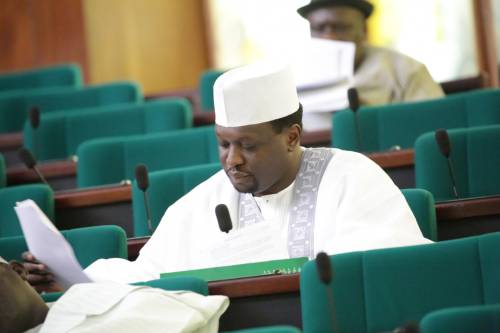 The election petitions tribunal in Sokoto has dismissed the petition of Abdussamad Dasuki challenging the election of Alhaji Bala Kokani.


Kokani (APC) defeated Dasuki (PDP) during the 2019 election for Kebbe/Tambuwal Federal Constituency in Sokoto State.
Dasuki through his counsel, Dr. Garba Tetengi (SAN) led six witnesses to prove alleged electoral malpractices, voters’ intimidation, violence and non-compliance with electoral laws.
Counsel to Kokani, Solomon Alimasunya, and that of APC, Nuhu Adamu, led one witness and denied all the allegations.
Delivering judgment on Wednesday, the tribunal chairman, Justice Yusuf Muhammad-Ubale said the petitioner had failed to prove his case successfully.
Muhammad-Ubale said the witnesses presented by the petitioner could not relate the happenings and admitted exhibits during their testimonies.
The tribunal chairman said the argument on educational qualification of Kokani was withdrawn and accordingly dismissed as well as objection raised by the petitioner on certain documents.
The judge dismissed the petition.
Dasuki had approached the tribunal to challenge the return of Kokani on the grounds that the election was marred by irregularities.
In a related development, the tribunal has upheld the election of Alhaji Ibrahim Al-Mustapha, member representing Wurno/Raba Federal Constituency in Sokoto state.
Al-Mustapha, a first-timer who contested on the platform of All Progressives  Congress, defeated Alhaji Kabiru Marafa-Achida of Peoples Democratic Party (PDP).
Marada-Achida, who represented the constituency for three terms, lost his fourth term bid to Al-Mustapha.
The tribunal's chairman, Muhammad-Ubale, said the petitioner failed to prove his case beyond reasonable doubt and in accordance with the law.
Politics