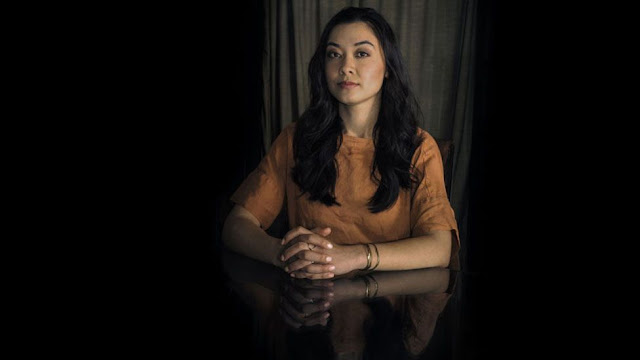 We applaud Chanel Miller's bravery in telling her story publicly, and we deeply regret that she was sexually assaulted on the Stanford campus. As a university, we are continuing and strengthening our efforts to prevent and respond effectively to sexual violence, with the ultimate goal of eradicating it from our community.
The closest location for a SART [sexual assault response team] exam is at Valley Medical Center in San Jose. We have long agreed on the need for a closer location and have committed to provide space at Stanford Hospital for SART exams. Santa Clara County, which runs the SART program, is working to train sufficient nurses to staff it.
Much of the criticism towards Judge Aaron Persky was about the relatively lenient sentence given to Turner - sparking a national debate about whether white men from wealthy backgrounds were treated more favourably by the US justice system.
"Privilege is not having to reckon with his own actions to examine his effects on someone who is not him," says Chanel.
"You know, we have young men of colour serving far longer sentences for nonviolent crimes for having marijuana possession. It's ridiculous.
"I just kept thinking, where does the punishment come in? When are you forced to be held accountable for what you do in life and not just float through, as if anything you do can never hurt anybody, and you will not be affected by it.
"I think what bothers me the most is that there's never the suggestion that the victim was also busy having a life before this happened.
"We have our own agendas and goals, and don't appreciate being completely thrown off the rails when this happens. And when people say, why didn't she report? It's like, casually asking, why didn't she stop everything she was doing to attend to something that she never wanted to attend to in the first place?"
Turner attempted to have his convictions overturned last year, but his appeal was rejected. He remains on the sex offenders register. Turner was banned from the university and is now living with his parents in Ohio.
Asked whether she would like Turner and his family to read the book, she says: "If they choose to read it, and really hear it, I will always encourage that. I will always encourage learning and deeper understanding.
"But I've also accepted that what they do is out of my control, that I can only focus on my own trajectory and how I wish to keep moving forward. Mainly, I want the book to exist as a companion.
"I think of it as something you can carry with you and you go through difficult things, something you can physically hold or read in bed late at night, when you feel isolated. I always thought like, what would I have needed to hear when I was going through this?"
She holds a space in her heart for the two Swedish students - Peter Jonsson and Carl-Fredrik Arndt - who stopped the assault, having seen what was happening as they cycled past.
Chanel drew a picture of two bikes and slept with it above her bed after the assault, a talisman to remind her there was hope out there.
She's since met the pair for dinner. "I always like to say 'be the Swede'. Show up for the vulnerable, do your part, help each other and face the darkest parts alongside survivors.
"I think the response I've been getting makes it sound like people are willing to step up now and really fight for what's right. And that's extremely encouraging."
Now the book is out in the world, Chanel plans to decide what to do with the next phase of her life. But she does so with the hope and belief that the good in the world outweighs the bad.
"On the same night I was assaulted, I was also saved," she muses. "There was a really terrible thing that happened - and also a really wonderful thing. They say you shouldn't meet your heroes - but in this case you definitely should."
Asked what she plans to do now, Chanel says: "I want to write books for kids, for their ripe brains and juicy hearts, which have not yet learned to be dark and serious and drab. I've had a bumpy few years, but I have lots of hope. I feel like my life is always beginning."
Entertainment News