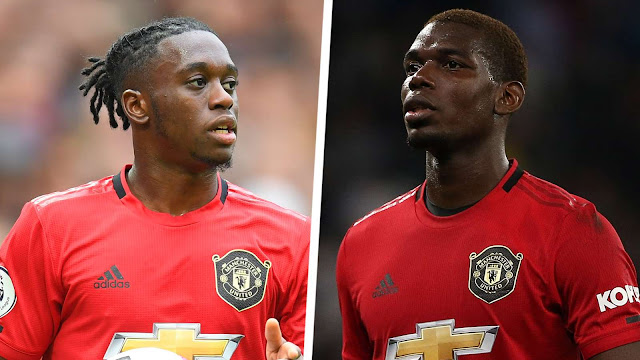 Manchester United defender Aaron Wan-Bissaka has revealed that Paul Pogba advised him to "play without fear" following his arrival at Old Trafford in June.


The 21-year-old, who signed from Premier League rivals Crystal Palace, was one of a handful of new signings who joined the Red Devils over the off-season transfer window as Ole Gunnar Solskjaer prepared for his first full-season at the helm.
The 2018-19 Player of the Year with the Eagles before his switch from Selhurst Park, the England Under-21 international looks to have settled into life at the Theatre of Dreams so far alongside fellow new defensive recruit Harry Maguire, though United did slip to a shock defeat against Palace on Saturday for their first loss of the campaign.
Speaking to United's pre-match programme ahead of the encounter, Wan-Bissaka reflected on how he had been welcomed into the squad by existing members, namely France star and World Cup winner Pogba, who has faced criticism and racist attacks from several quarters since he rejoined United himself.
Talking about the club's pre-season tour of Australia, the right-back spoke of the advice he was offered by his team-mate, stating that he has taken it into his mind before each match he plays.
"Paul Pogba has advised me a lot," he stated. "That first game in Perth, he was telling me the same thing everyone has: you're here for a reason, play your game, play without fear, get up and down - that's what I put into my head.”
Wan-Bissaka further revealed that he felt he was improving his game from exposure to United's attack in training, adding: “I'm up against Anthony [Martial] a lot. It's tough, but you take the positives. It helps both of us.
"Playing against someone with quick feet like him, you can't not learn. Our attackers have all got a lot of pace, so you just have to be concentrated and focused for their next move all the time.”
The youngster also spoke highly of the culture that has helped him settle in the north of England following his move from London, praising his team-mates for their efforts in making him feel like he is at home in Manchester.
“I've settled down now," he noted. "We had a team bonding night, which was great. I'm not usually the type to interact, but that was definitely needed on my part. It was great to see a bit more of people away from football.
“I'm new to Manchester, but it's a nice area and I've settled now. I've made sure I kept my shirt from the Chelsea game, so that'll be getting framed and going up on the wall at home.”
Sports