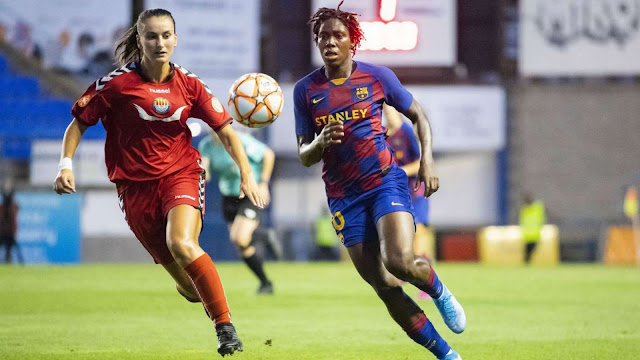 Asisat Oshoala is hoping to claim her first silverware as Barcelona take on Espanyol in the Copa Catalunya final on Saturday.


The Nigeria international initially joined Barcelona on a six-month loan deal in January following the postponement of the 2019 Chinese Women's Super League.
She went on to establish herself in the team with eight goals after 11 games and her Champions League final appearance and goal saw her make history in elite European competition for Africa.
However, Oshoala could not celebrate with silverware on her initial brief spell as the Blaugrana missed out narrowly on the Spanish Liga Iberdrola and the Women's Champions League titles.
Since being handed a two-year contract that will keep her in Catalonia until June 2022, the 25-year-old has scored eight goals in five games, including completing a 5-1 win over the Seagulls.
In search for glory, the three-time African Women's Footballer of the Year will aim to start her permanent term on a high, beginning with a win over Espanyol.

ASISAT M.O.N@AsisatOshoala
Good semi final win yesterday, nice to get a goal too. See you in the Final insha Allahu 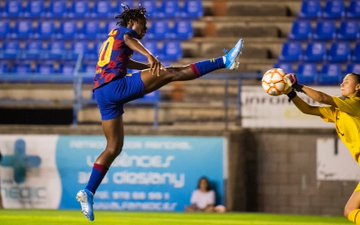 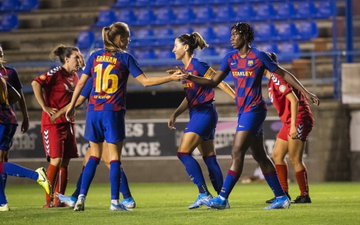 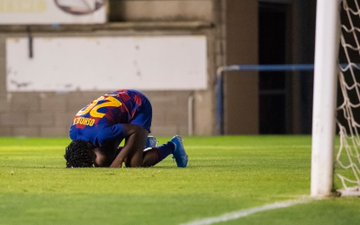 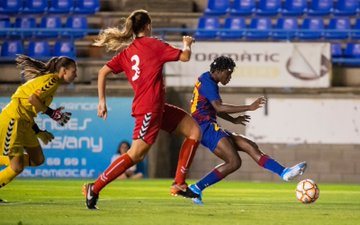 264 people are talking about this
The final of the four-team pre-season tournament will be played at Estadi Municipal Palamos Costa Brava in Palamos.
Sports