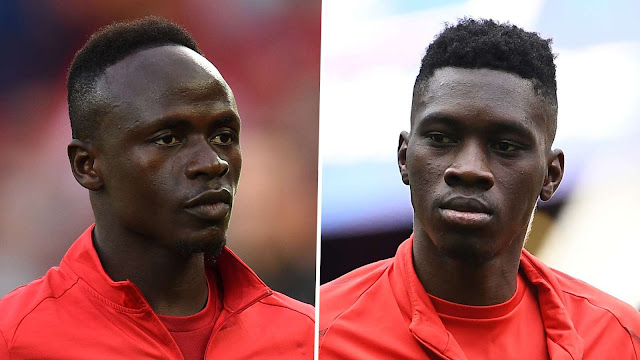 Liverpool attacker Sadio Mane has revealed he told Andrew Robertson that Watford's summer signing Ismaila Sarr would "kill him" with his pace and dribbling ability.


The 22-year-old became the Hornets' club-record signing when he arrived at Vicarage Road from Rennes for £30 million ($37m) on deadline day.
Sarr is a product of Senegal's famed Generation Foot academy, which is also responsible for Mane's rise through the ranks as a youth player.
The two men grew up 200 miles away from each other in Senegal and they are now within similar proximity in England, but Liverpool and Watford will not meet until a clash at Anfield in the Premier League on December 14.
Mane has already warned Reds colleague Robertson of Sarr's unique ability, insisting the Scottish full-back will need his advice in order to cope with the ex-Rennes winger.
“The first day he signed I sent him a message to say good luck and that I was happy for him,” Mane told The Athletic.
“He’s rapid. I think defenders will struggle. Last time I was speaking to Robbo (Andy Robertson) I said ‘Watford have a really good player. I will need to help you more otherwise Ismaila Sarr will kill you, because he is a good dribbler and very, very fast'.
“I’m really happy for him and he made the right choice to come to Watford. For sure I think he will be great.”

Sarr was linked with a potential switch to Liverpool over the summer, but Watford were the only club to submit a formal offer for his services.
When asked how he feels seeing a Senegal teammate wearing a Watford shirt, Mane responded: "Wow, a bit jealous, because I won’t see him in Liverpool."
Sarr is in line to make his debut for the Hornets against West Ham this Saturday, with Javi Gracia's side looking to secure their first win of the 2018-19 campaign.
Mane, meanwhile, will be expected to start for Liverpool as they host Arsenal at Anfield this weekend, where they will be aiming to maintain their 100% start to the new season.
The Senegal duo helped their country reach the African Cup of Nations final this summer, only to suffer defeat in the showpiece event against Algeria.
Mane has urged Watford fans to embrace their new arrival with open arms, so he can enjoy a smooth transition into English football.
“I feel I need to protect him at the beginning because even though he is a really good player it is not easy in the Premier League, because I had that sort of problem,” Mane added.
“If there are problems to start off with then people need to take care of him, go easy on him and especially the fans need to support him and give him confidence for a great future.”
Sports