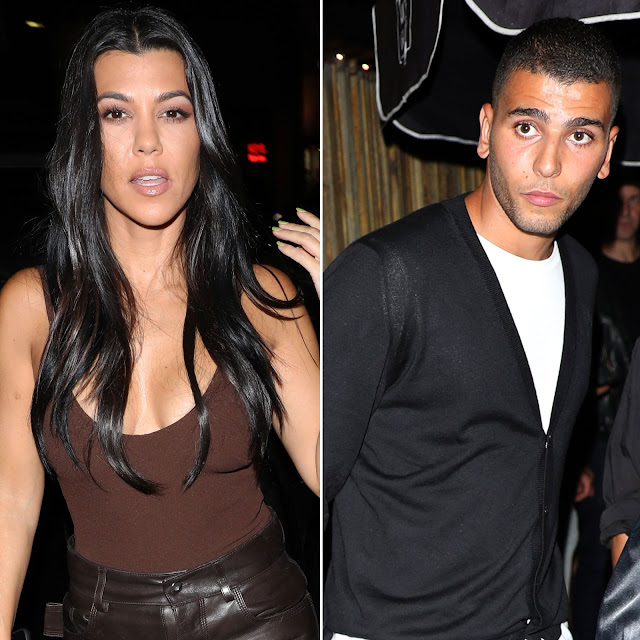 The trio hit up The Nice Guy restaurant in West Hollywood on Friday, August 23. The 40-year-old reality star bumped into exes Younes Bendjima and Luka Sabbat while attending a party at the venue. The 23-year-old model had a run-in with her most recent ex-boyfriend, Ben Simmons, too.


“Kourtney did not leave with either Younes or Luka and left by herself, but she and Younes did see each other inside,” a source tells Us Weekly.
As for Kendall’s trip down memory lane, the insider adds: “Kendall and Ben arrived separately about one hour apart and left separately about 30 minutes apart.”
Kendall Jenner’s Love Life
Thankfully, the Keeping Up With the Kardashians stars wore revenge-worthy ensembles for the soiree. Kardashian sported a brown tank top and matching leather pants, Kendall rocked a black leather jumpsuit and Kylie, 21, dressed in a brown tank dress.
Volume 90%
The Poosh founder split from Bendjima in August 2018 after nearly two years together. They briefly reconciled before calling it quits again. Kardashian was linked to family friend Sabbat, 21, the following month.
Kylie Jenner and Travis Scott: A Timeline of Their Relationship
The TV personality has remained close to both of her exes. The 26-year-old model even attended her birthday party in April. A source revealed to Us at the time that Kardashian “likes having Younes around because they have great sexual chemistry and it’s fun for her.”
Meanwhile, Us confirmed in May that Kendall and Simmons, 23, called it quits after dating on and off for a year.
Kylie, for her part, has been in a committed relationship with Travis Scott since April 2017. The couple are parents of 18-month-old daughter Stormi.
Scroll to see photos of the sisters’ ex-filled evening!

Kardashian served major looks as she strutted her way through the crowd.
Credit: Photographer Group/MEGA

The E! personality, who shares Mason, 9, Penelope, 7, and Reign, 4, with ex-boyfriend Scott Disick, seemed cool as could be despite running into her former flames.
Credit: Photographer Group/MEGA

Blast From the Past

The makeup mogul once again hid out as she held hands with friend Stassie Karanikolaou.
Entertainment