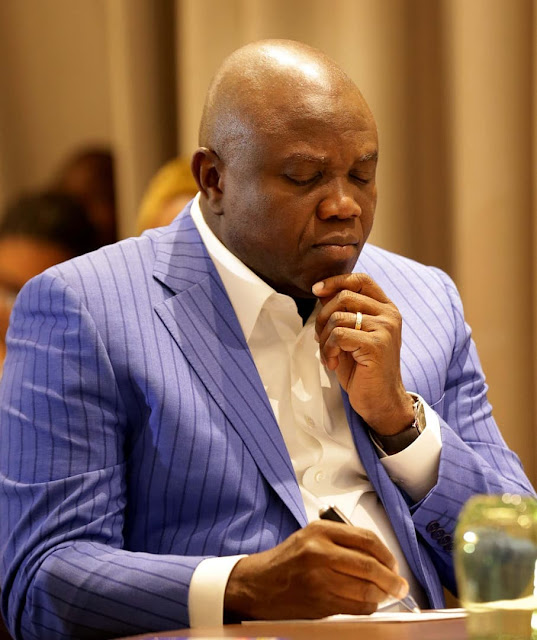 The Economic and Financial Crime Commission (EFCC) on Tuesday, August 20, reportedly entered the residence of the immediate past governor of Lagos state, Akinwunmi Ambode, raiding the building as part of an ongoing corruption investigation.


Premium Times reports that the spokesperson of the anti-graft agency, Tony Orilade, confirmed that Ambode is under a corruption probe.
The residence of the former governor’s chief of staff in the same Epe neighbourhood was also being searched, Premium Times’ report said.
It was reported weeks ago, that multiple bank accounts with about N10bn and linked to Ambode were frozen as part of the probe.
Ambode, however denied links to both the accounts and any allegations of corruption while in office.
News