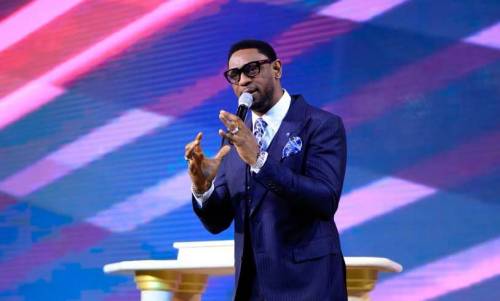 The Pentecostal Fellowship of Nigeria has said its investigation into an allegation of rape levelled against founder of the Commonwealth of Zion Assembly, Biodun Fatoyinbo, by Busola, wife of musician Timi Dakolo, is inconclusive.


National Publicity Secretary of the PFN, Bishop Emma Isong, made the disclosure on Thursday at a briefing with journalists.
According to Isong, this was caused by the inability of the committee set up to undertake the investigation to meet with the accused despite several attempts.
He said, “Unfortunately, several attempts to meet Pastor Fatoyinbo who is one of the important parties in the matter, have failed despite efforts by the panel to get his attention or appearance.
“Arising from this, the PFN unfortunately wishes to announce our inability to come into conclusion on this matter.”
Busola had accused Fatoyinbo of raping her twice when she was 17, a claim the popular pastor denies.
News