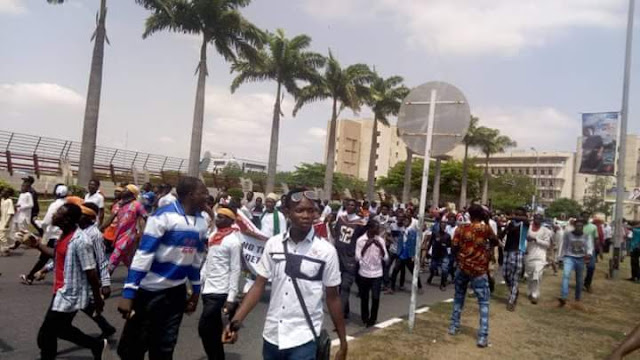 Many people were injured in a violent clash between the members of the Islamic Movement of Nigeria (IMN), popularly known as Shiite, and the police on Monday.


We can confirm that a journalist with Channels TV was among the casualties as he was shot and rushed to the hospital.
The group clashed with the police at the federal secretariat during a protest to compel the Federal Government to release it’s their leader, Ibraheem El-Zakzaky.
The protest, which began from NITEL junction at Wuse 2, was disrupted by armed policemen who had cordoned off the road leading to the National Assembly and three arms zone.
Those injured were looking lifeless when our correspondent visited the scene on Monday.
Live ammunition was fired at the protesters as they advanced toward the Eagle Square leading to commotion and pandemonium in the area.
News