CAN, PFN say COZA not Part of Either Bodies 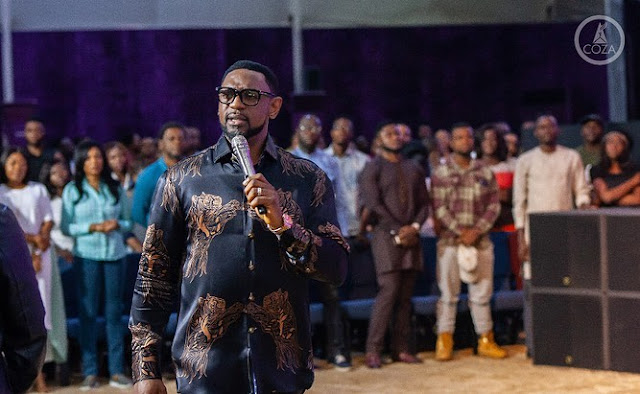 The Christian Association of Nigeria (CAN) and the Pentecostal Fellowship of Nigeria (PFN)have said the Commonwealth of Zion Assembly (COZA) is not a member of either bodies.


COZA Senior Pastor Biodun Fatoyinbo, had been accused of rape last week by Busola Dakolo, with another woman, a former staff, accusing him of the same thing today.
According to Punch, CAN said it is “deeply concerned” about the allegations, while condemning “immoral relationships”
CAN’s National Director, Legal and Public Affairs, Barrister Kwamkur Samuel Vondip disclosed this in a statement on Wednesday. See below

The Christian Association of Nigeria is deeply concerned about the ongoing rape allegation saga arising from a confessional statement by a former female member of the Commonwealth of Zion Assembly, Mrs Bisola Dakolo against Pastor Biodun Fatoyinbo, the Senior Pastor of COZA.
The association recognises that COZA, to the best of our knowledge, is not a member of any of the families that belong to CAN. CAN, as an association, is equally sad that there have been recurrent allegations of rape and infidelity against some gospel ministers and other Christians as well.
Immoral relationships with anybody in the society are against the teachings of the Bible and the church and we urge all believers all over the country to run away from them.
We are also deeply concerned for the families of Pastor Fatoyinbo and other pastors accused, for whom this period must be one of great pain.  May God grant justice to all and vindicate all who are innocent.
The association understands the challenges of preachers who, by virtue of their position as parents of all in the church, may stand the danger of being accused.
While we do not know for sure whether or not some or all of the allegations of rape and illicit relationship levelled against members of the clergy are true, we strongly appeal to all Christians to avoid blackmail against any brother or sister in the church for whatever reason. All of us must avoid making ourselves vulnerable.

Vondip’s statement also called on security agencies to get to the root of the matter.
PFN’s Statement
According to The Nation, Dr. Felix Omobude, President of PFN, in a statement, condemned the “ignoble and bastardy conduct as alleged against Pastor Fatoyinbo.”
The statement continued:

Our prayers, thoughts and support are with all those who have fallen victim as have been reported.
PFN strongly believe in the pursuit of truth and will ensure that truth is unveiled in this whole matter and appropriate sanctions served.
The PFN hereby warns Pentecostal Pastors who feel they can live carelessly and take undue advantage of their congregants that PFN will not shield anyone who crosses the line.
The PFN calls on all concerned while expressing their views over this sad issue, to be peaceful and have some respect for the Kingdom.