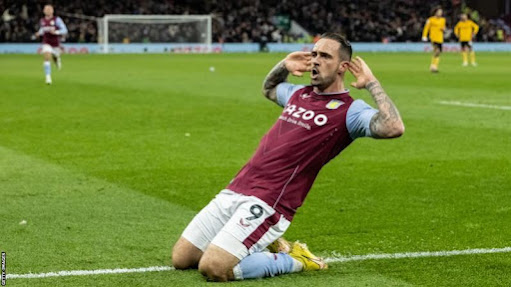 The Hammers have paid an initial £12m for the 30-year-old, which will rise to £15m if David Moyes' side avoid relegation from the Premier League.

West Ham said paperwork was submitted to the Premier League by 12:00 GMT and as a result they expect Ings to be available to face Everton on Saturday.

His arrival comes as Moyes revealed Italian Gianluca Scamacca will be out for a "short time" with a knee injury, leaving Michail Antonio as the only other fit striker in the Hammers squad.

"It's important I settle in as quickly as I can do - and do the important stuff on the pitch for West Ham.

"We've got some massive games ahead of us - and I've come here to try and score as many goals as I can to help the team to get some positive results."

Only Wolves have scored fewer than the 15 Premier League goals managed this season by West Ham, who are 18th in the Premier League table and without a win in seven games.

England international Ings has scored seven times in 21 appearances so far this season but has not started a league game since the World Cup.

His six goals in the Premier League are one more Antonio and £30.5m summer signing Scamacca, have managed between them this term.

Antonio and Scamacca both scored in a 3-1 win over Fulham on 9 October, but since then they have notched one more goal each, with West Ham having won only once in the league and slipping into the relegation zone.

"He is a proven Premier League goalscorer and will add great competition for places in the attacking third.

Aside from an injury-marred spell at Liverpool, Ings has a consistent top-flight scoring record, averaging a goal every three games across his time at Burnley, Southampton and Villa. He last started a Premier League game for Villa on 13 November at Brighton.