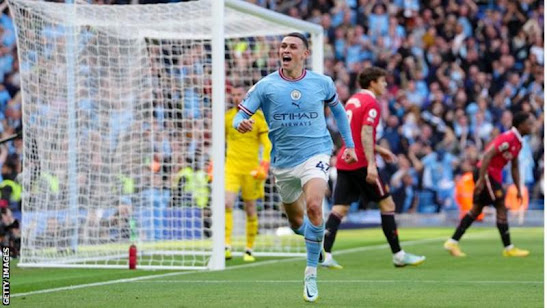 Foden has scored 52 goals in 182 games since making his debut in November 2017 after emerging as one of City's brightest academy products.

"It's hard to put into words how happy I am to have signed this contract," Foden said.

"It's a dream come true. I have been a City fan all my life. I've trained here for so many years and I've even been a ballboy.

Stockport-born Foden, who has scored two goals in 18 caps for England, has won 11 trophies with City, including four Premier League titles, four EFL Cups and the FA Cup.

City boss Pep Guardiola handed him his debut as a 17-year-old and Foden credited the Spaniard for his impressive development over the last five years.