You're A Threat To Democracy: You are suffering from late-stage dementia' - Donald Trump hits Joe Biden 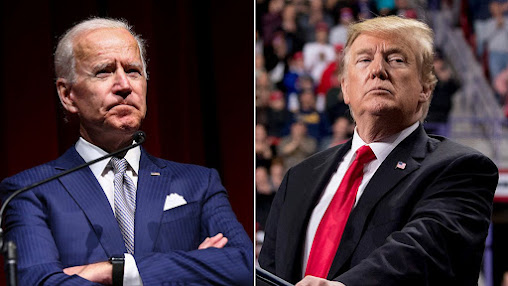 Donald Trump has hit back at President Joe Biden after the president claimed he was a 'threat to democracy'.

On Thursday, September 1, Biden took to the stage at Independence Hall in Philadelphia where he launched an attack on Trump and accused him of 'destroying American democracy'.

He slammed Trump for promoting the claim the 2020 election was stolen.

'Donald Trump and the MAGA Republicans represented extremism that threatens the very foundations of our republic,' Biden said to great applause from his supporters.

Biden also branded him and MAGA Republicans who follow him - as 'extremism that threatens the very foundations of our republic'.

He made it clear he doesn't think every Republican is 'extreme' or a threat but said 'there's no question that the Republican party today is dominated, driven and intimidated by Donald Trump and the MAGA Republicans.'

'And that is a threat to this country,' he said. 'Too much of what's happening in our country today is not normal.'

'MAGA Republicans do not respect the Constitution. They did not believe in the rule of law. They did not recognize the will of the people,' he said. 'They refused to accept the results of a free election.'

'You can't love your country only when you win,' Biden said. It was a marked change in tone for Biden, who, previously, rarely mentioned Trump by name, usually calling him 'the former guy.'

The former US president has now taken to his Truth Social account to slam the 'awkward and angry' speech outside Independence Hall in Philadelphia.