US Open: Andy Murray and Jack Draper ready for New York third round 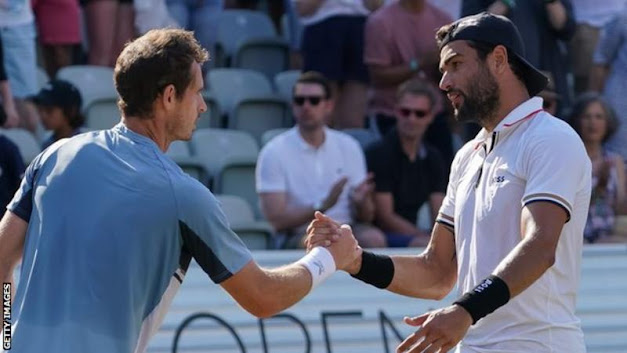 "I'm not having to worry about waking up the next day with something that is going to really impact me or hamper my tennis," said the 35-year-old Scot.

Fellow Briton Jack Draper, 20, appears in the third round of a major for the first time when he plays Russia's Karen Khachanov at about 20:00 BST.

"All the hard work that I've put in the last few years is for these moments," said Draper after beating Canadian sixth seed Felix Auger-Aliassime in the second round on Wednesday.

"I think I've known that my tennis is there, it's just about the process of how I'm going to cope physically and mentally at the Slams."

The 23-time Grand Slam singles champion, set to retire after the event, takes on Australia's Ajla Tomljanovic in the night session on Ashe (00:00 BST, Saturday).

After beating Montenegro's Danka Kovinic in her opening match, Williams rolled back the years with an even better performance to stun Estonian second seed Anett Kontaveit.

"I'm a pretty good player, this is what I do best. I love a challenge and I'm rising to the challenge," said the six-time US Open singles champion, who first won at Flushing Meadows in 1999.

"I haven't played many matches but I've been practising really well. Now it's coming together in New York."

Not going to be easy against Berrettini - Murray

After being hampered by a catalogue of niggles following major hip surgery in 2019, Murray has reached the last 32 of a major for only the second time since.

The only major setback this year has been an abdominal injury picked up during the Stuttgart Open final in June against 26-year-old Berrettini, which contributed to a final-set defeat and damaged his Wimbledon preparations.

In recent weeks, Murray has been suffering from cramps towards the end of matches but they have not affected him so far in New York.

"Being able to compete consistently, you know, barring the little sort of setback in the final in Stuttgart, has been good," said Murray.

Powerful-hitting Berrettini, a former semi-finalist in New York, will be a step up in class for Murray, who has beaten Argentine 24th seed Francisco Cerundolo and young American wildcard Emilio Nava so far.

But he is trying to find his best form after a disrupted season. Berrettini spent time out earlier this year following wrist surgery, returning to win Stuttgart in June before missing Wimbledon after catching Covid-19.

"He's been very unlucky this year. He's been up at the top of the game for quite a number of years and now he's very consistent," said Murray.

"He's a big server who puts down a pretty high percentage of serves, so always makes it difficult to break and is always in the match because of that.

"He's not just a big serve, though. He has a good slice backhand, he has a big forehand. I think he's a very good competitor, as well. It is not going to be easy."