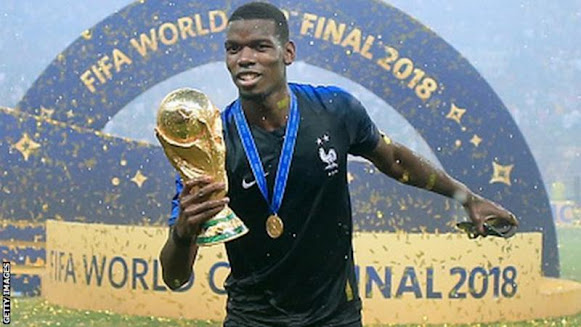 Pogba, 29, suffered the injury in July and has not played yet this season.

France's first World Cup match is against Australia on 22 November.

"This morning Pogba trained for the second time, but then stopped, and it was then decided that he undergo surgery," said Juventus boss Massimiliano Allegri.

"We will realistically get him back in January."

The Serie A season will pause after games on 13 November for the first winter World Cup and restart again in January.

Asked if Pogba would be ready for France's World Cup defence, Allegri added: "The World Cup is not my problem, Juventus' problem is that he comes back in January."

Pogba rejoined the Serie A side this summer after his contract with Manchester United expired.

He scored in the 4-1 win over Croatia in 2018 as France won the World Cup for a second time.