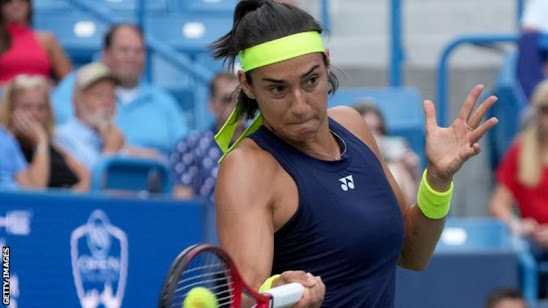 In the men's final, Coric, the world number 152, became the lowest-ranked player to claim a Masters Trophy.

The previous holder of the record was then-world number 143 Roberto Carretero of Spain, who won in Hamburg in 1996.

Coric has been as high as 12th in the ATP rankings but was absent for a year with a shoulder injury and only returned to the circuit in March.

Garcia's win saw her claim the third Masters Trophy of her career after back-to-back successes in Wuhan and Beijing almost five years ago.

The world number 35 is now set to return to the top 20 rankings for the first time since 2017.

Garcia, who leads the WTA Tour in aces and is second in break points saved, played to her strengths to triumph in one hour and 42 minutes.

She served 11 aces and saved all eight break points she faced for her third title of the year after earlier successes on clay in Warsaw and on grass in Bad Homburg.