'My cousin was murdered last night, stabbed in the neck" - Boxing champion, Tyson Fury calls for end to knife crime 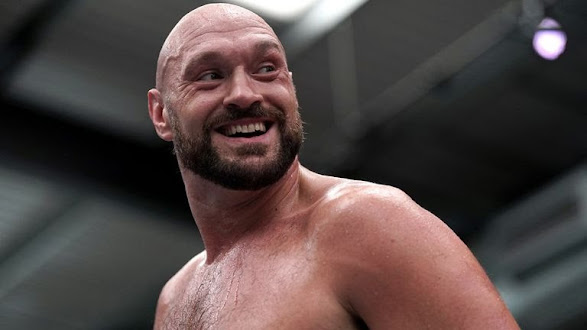 WBC Boxing heavyweight champion, Tyson Fury has called on the British government to do more to tackle knife crime as he revealed that his cousin has been stabbed to death.

The heavyweight world champion announced on Instagram on Sunday,  August 21 that his cousin Rico Burton was murdered Saturday night.

He said: "My cousin was murdered last night, stabbed in the neck.

"This is becoming ridiculous - idiots carry knives. This needs to stop."

He went on to demand the government "bring back higher sentencing for knife crime".

He added: "It's a pandemic.

"You don't know how hard it is until it's one of your own."Life is very precious and it can be taken away very quick. Enjoy every moment.

"RIP Rico Burton - may the lord God grant you a good place in heaven, see you soon."

It is believed Mr Burton was involved in a fight outside a bar in Altrincham that saw two people stabbed, the Manchester Evening news reports.

Police say the incident took place just after 3am this morning in Goose Green, Altrincham.