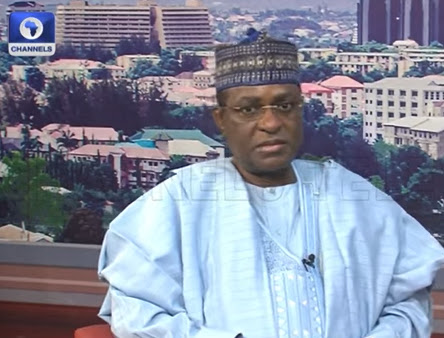 Former Governor of Bauchi State, Isa Yuguda, has said that President Buhari has done well in leading the country.

Yuguda shared this opinion when he appeared on Channels TV this morning.

Yuguda argued that despite the fact that the Nigerian economy and security were “a little bit depressing”, the President has done well.

“Any rational Nigerian will know that it could not have been any better no matter who was there on the driving seat. Most of these things that are happening to us are historical. If you are coming from an environment where the foundation has been distorted then what you reap is what you sow. Security, for instance, is a historical thing. it didn’t start with Buhari’s government. It started in 2008, 2009.”

Yuguda argued that security challenges cannot be associated with the President.

“Yes, he is the overall head, but if you see something going wrong in terms of security, you hold the Governor responsible. You (Governor) are sworn in to protect life and property because you own the land.

The President does not have land, so you don’t expect the President to secure your land.”he said