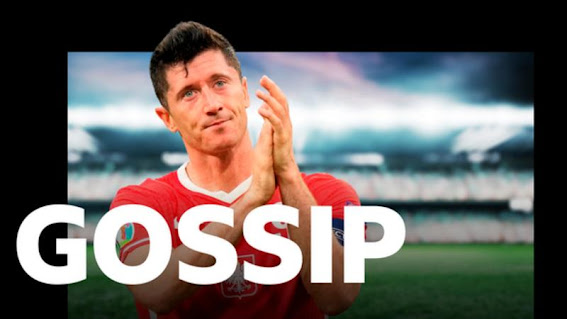 Real Madrid have stepped up their interest in England forward Raheem Sterling in recent weeks, while Barcelona and Chelsea are monitoring developments over the 27-year-old's uncertain future at Manchester City. (Mirror)

Real Madrid, Bayern Munich and Paris St-Germain are set to rival Newcastle United for the signing of French striker Hugo Ekitike, 20, from Reims. (L'Equipe - in French)

Ekitike, however, is poised to fly back from holiday early to complete a £26.5m move to Newcastle. (Chronicle)

Brentford have not given up hope of signing Denmark playmaker Christian Eriksen, who joined them on loan in January before leaving at the end of last season. Manchester United are also interested in the 30-year-old. (90 Min)

Arsenal and Newcastle are keen on 26-year-old Spain midfielder Fabian Ruiz, whose contract with Napoli runs out in 2023. (Corriere dello Sport, via Mail)

Tottenham are set to hold further talks to sign England Under-21 right-back Djed Spence from Middlesbrough. The 21-year-old spent last season on loan at Nottingham Forest and helped them get promoted to the Premier League. (Sky Sports)

Rangers could sell Colombia striker Alfredo Morelos if they cannot agree a new contract with the 26-year-old, whose current deal runs out in summer 2023. (90 Min)

Manchester United expect France forward Anthony Martial to be at the club next season because of the lack of interest in the 26-year-old. (Manchester Evening News)