Queen Moremi: Did you know about the courageous legend whose statue is the tallest in Nigeria? 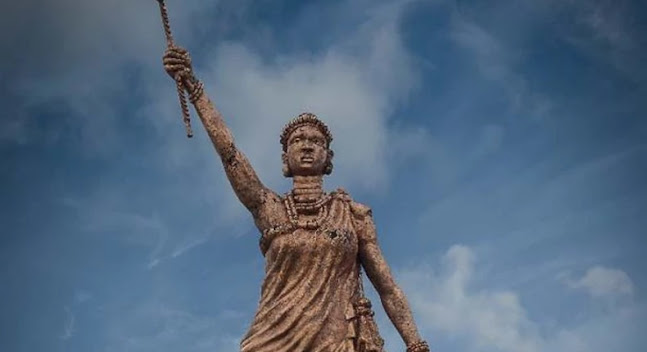 Honoured with a statue in Ile-Ife that is the tallest in Nigeria, Queen Moremi is revered by the

At a time in ancient Yoruba land, the people of Ile-Ife people were enslaved by a neighbouring tribe called the Ìgbò (forest) people. These Ìgbò were considered to be as powerful as demi-gods because they conducted regular raids on the people of Ife. 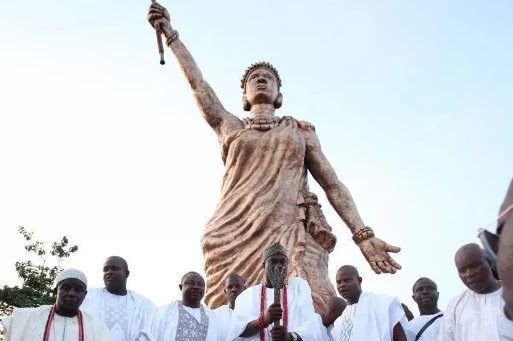 This made the people of Ife seek out help and offer sacrifices to their gods in order to prevail, but all unsuccessfully.

Did you know about the courageous Queen Moremi (Part 2)

Queen Moremi Ajasoro was the wife of Oranmiyan, the heir to the King of Ife and Founding Father of the Yoruba tribe, Oduduwa.

Upon devising a strategy, Moremi visited the Spirit of the river Esimirin and vowed to make the greatest sacrifice possible if she could discover the strength of the Forest people and save her kinsmen.

She went to a place that was raided frequently, and allowed herself to be captured. Eventually, her beauty attracted the Ìgbò ruler who made her his anointed queen.

She was also very confident and skillful so it was not long before she won the trust and affection of the King and people in Ìgbò land.

This gave her the access she needed to familiarise herself with the secrets of their army — in preparation for battle, the Ìgbò would cover themselves from head to toe with Ekan grass and bamboo fibers.

If someone were to pass amongst the Ìgbò warriors with a torch, they would be defeated.

After she discovered their secrets, she escaped to Ile-Ife to reveal them to the Yoruba army. The Yoruba people used Moremi's privileged information to finally defeat the Ìgbò people in battle. Queen Moremi is recognised by the Yoruba people because of this bravery and celebrate her selflessness with the Edi Festival because she gave up her son, Olurogbo, to the Esimirin deity in order to fulfil her end of the bargain.

To this day, the Yoruba people mourn with her and hold her in the highest esteem of any women in the Kingdom.

Queen Moremi has been immortalized in several ways with books about her, public places named after her, and a statue of her erected in 2016 by Oba Ogunwusi in the Ife palace.

The 42 feet statue, popularly known as the "Queen Moremi Statue of Liberty," is the tallest statue in Nigeria, and the fourth tallest in Africa.