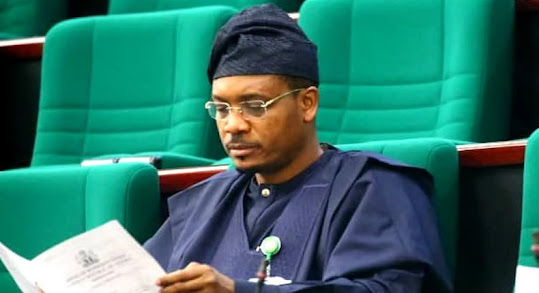 A member of the House of Representatives from Oyo State, Shina Peller has joined Accord Party (AP) after defecting from the All Progressives Congress (APC).

Last Friday, Shina Peller announced his defection from APC, which he accused of lacking democratic tenets.

Stating his reasons, Peller noted that Accord Party comes first on ballot paper and continues to advance democracy.

He wrote: In Oyo State, the Accord Party is a force to reckon with, its internal democracy mechanism is intact, a component lacking in other parties. Accord Party is also strategic as it concerns balloting.

“On the ballot paper, Accord comes first before the two major parties. With Accord as our party, voting sensitization becomes easier for us to do.

“Today, I would like to inform the general public that I am now with the Accord party. The logo of the Accord constantly reminds me and other well-meaning Nigerians of their civic responsibility – to vote for credible leaders.

“In Oke-Ogun, Oyo North Senatorial District and Oyo State at large, Accord Party is our strength, its logo is our thumb – it’s our power and we shall make it count.”

Last week. Peller had formally renounced his membership of the APC.

“I took this decision after due consultation with my people from the Oke Ogun region and beyond who feel humiliated by the undemocratic acts and decisions of some gladiators within Oyo State APC.

“President Muhammadu Buhari preached bottom-to-top approach driven APC, but the undemocratic conduct of some party chieftains particularly in Oyo State has shown that the people from the grassroots and the youth will continue to be at the mercy of the few at the top, who impose their preferred candidate against the wish of the people, as recently witnessed in Oyo North Senatorial District where I belong.

“My people have therefore decided that we withdraw our membership of the APC, and I totally align with them as I delved into politics, not for a selfish reason but for the overall interest of Nigerian youths and the people of Oke Ogun. So. I hereby renounce my membership of the APC.”