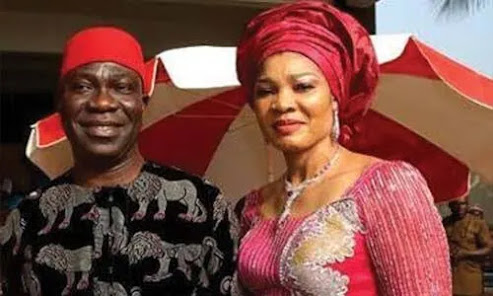 Ike Ekweremadu is a member of the People’s Democratic Party and has been a senator representing Enugu West constituency since 2003.

A Met Police statement said: “A woman and a man were charged today with conspiring to arrange the travel of a child into the UK in order to harvest organs.”

The charges follow an investigation by the Metropolitan Police’s Specialist Crime team.

Beatrice Nwanneka Ekweremadu, 55 (10.9.66) of Nigeria is charged with conspiracy to arrange/facilitate travel of another person with a view to exploitation, namely organ harvesting.

Ike Ekweremadu, 60 (12.05.62) of Nigeria is charged with conspiracy to arrange/facilitate travel of another person with a view to exploitation, namely organ harvesting.

They have been remanded in custody and are scheduled to appear at Uxbridge Magistrates’ Court later on Thursday,  according to Telegraphy UK. The investigation was initiated after detectives were informed about probable modern slavery offences in May 2022, according to the police.

The child is now in safe custody.