Everything We Know About “The Real Housewives of Lagos” Reunion 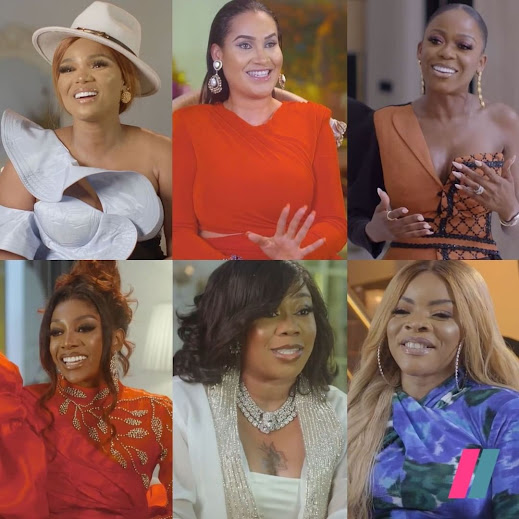 Following the season finale of “The Real Housewives of Lagos,” viewers are eagerly anticipating the reunion special which will be hosted by Uti Nwachukwu from July 1 to 8, 2022.

The Real Housewives of Lagos chronicles the opulent lives of six of the most glamorous women in Lagos, Nigeria. The women include Carolyna Hutchings, Laura Ikeji-Kanu, Chioma Ikokwu, Toyin Lawani-Adebayo, Iyabo Ojo, and Mariam Timmer.

The twelve-part series included fashion, fun, yelling, finger-pointing, and a lot of tea spilling. The official hashtag, #RHOLagos, appeared on the Twitter trend chart. The cast members also dominated the trend tables, with their names surging throughout the day. The first episode of the show also smashed the Showmax Nigeria record for the most first-day views.

The RHOLagos reunion will see all six ladies sit down to speak to issues that occurred on the show, and situations that also happened outside of the cameras, with Uti moderating the session and drilling in for all the juicy details.

Speaking on the announcement, Uti Nwachukwu said, “The Real Housewives of Lagos has been a huge part of my Fridays since it premiered and I’m so excited to be able to sit down with the amazing cast to talk about the show. Being a lover of reality TV and also an ex-participant of a reality show myself, this feels like home and I will definitely be having a good time speaking to the ladies at this reunion.”

Candice Fangueiro, Head of Content at Showmax Africa added, “The first season of The Real Housewives of Lagos has been really exciting. The decision to have Uti host the reunion was just perfect as he is a product and lover of reality TV and has the right energy to anchor the show.”

Hold on to your wigs, everyone, it’s going to be a wild ride.

Visit www.showmax.com to catch up on all the episodes.