Poverty in Nigeria started declining in the first part of the 2010s, the trend halted and then reversed around 2015 - World Bank 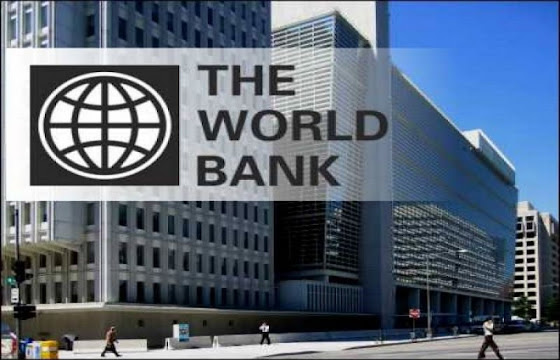 The World Bank has projected that the number of poor people in Nigeria will hit 95.1m in 2022.

In a report titled  ‘A Better Future for All Nigerians: 2022 Nigeria Poverty Assessment’, the international financial agency noted that "poverty reduction in Nigeria appears to have stalled in the last decade".

It was also stated that while "poverty may have started declining in the first part of the 2010s, the trend halted and then reversed around 2015."

“Poverty reduction in Nigeria appears to have stalled in the last decade, according to both back-casting and survey-to-survey imputation techniques. The best estimates from the back-casting approach suggest that the poverty headcount rate—at the international poverty line—was 42.8 percent in 2010. This is only slightly below the analogous estimate from imputing into the 2010/11 GHS, 43.5 percent. With poverty dropping by at most a few percentage points over the last decade, the absolute number of poor people is likely to have climbed, given Nigeria’s rapid population growth.

“Since the back-casts provide yearly estimates, they also suggest that poverty may have started declining in the first part of the 2010s, but that this trend halted and then reversed around 2015. This is unsurprising—and indeed is hardwired into the back-casting model through real GDP growth estimates—given the 2016 recession, brought about by weakening oil prices.”

The World Bank which also noted about 90 million Nigerians are expected to be poor by 2022, however, added that the projection increased to 95.1 million due to the COVID-19 pandemic.

“The COVID-19 crisis is driving up Nigeria’s poverty rate, pushing more than 5 million additional people into poverty by 2022. With real per capita GDP growth being negative in all sectors in 2020, poverty is projected to have deepened for the current poor, while those households that were just above the poverty line prior to the COVID-19 crisis would be likely to fall into poverty.

“Were the crisis not to have hit (the counterfactual scenario), the poverty headcount rate would be forecast to remain virtually unchanged, with the number of poor people set to rise from 82.9 million in 2018/19 to 85.2 million in 2020 and 90.0 million in 2022, due largely to natural population growth.