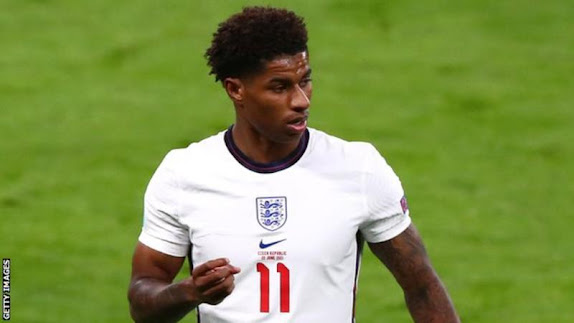 The 23-year-old forward has earned huge praise for his off-field work around food poverty among children.

Rashford became an MBE in 2020 and this month received an honorary doctorate from the University of Manchester.

However, Solskjaer says the forward must keep his focus on his day job.

The manager, though, does not feel Rashford's activities away from the pitch have impacted his on-field performances.

"Marcus has done some remarkable and fantastic things," added Solskjaer as Rashford prepares to return from the shoulder operation he had following Euro 2020.

"But now he maybe needs to prioritise his football."

Rashford is already edging towards 300 United appearances, in addition to 46 England caps.

However, as he tried to shrug off the effects of his shoulder complaint, he turned in a below-par performance in the Europa League final defeat by Villarreal in May. Rashford was also limited to substitute appearances at Euro 2020 for England.

"Marcus knows that we want a lot from him, but we are going to give him the time to get back to what he was and what he can be," he said.

Meanwhile, Solskjaer has dismissed Sir Alex Ferguson's criticism of his decision to leave Cristiano Ronaldo out of the home draw with Everton on 2 October.

Ferguson told UFC legend Khabib Nurmagomedov that managers should always play their strongest team in a video which was uploaded on to social media.

"I'm quite relaxed about it," added Solskjaer. "It's not really fair on the gaffer that something like this gets broadcast. You always have opinions and you speak to people in confidence.

"I told my wife quite a few times that I disagreed with him but that never made headlines as a player.

"I'm sure Sir Alex knows that it doesn't bother me. We all want to see Cristiano because he's unique.

"But the plain fact of it is he cannot play every single game. That's just physical nature and human nature."