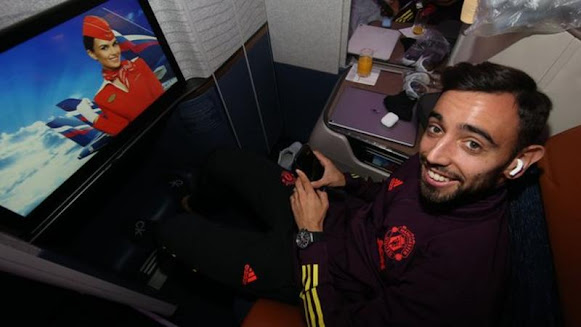 United say they would not normally fly to the game but plans changed due to "circumstances". There were reports of traffic congestion on the M6.

Flying is a significant contributor to global warming and world leaders are meeting later this month in an attempt to avoid a climate catastrophe.

Climate experts and campaigners say we need to avoid or reduce flying because greenhouse gases, produced when fuel is burned, are "the root cause" of global warming. Scientists have warned that such warming could have a catastrophic effect on the planet.

Aviation actually only contributes about 3.5% of the world's global carbon emissions, according to Carbon Brief, but only a very small percentage of the world flies frequently, meaning those who do are disproportionately responsible for these emissions.

Domestic flights are the least energy-efficient way to travel, as shown by the graphic below. France has moved to ban all short-haul domestic flights.

In July, United announced a partnership with the Renewable Energy Group.

At the time, the club said it wanted to "raise awareness of how people can contribute towards a cleaner, more sustainable future for our planet".