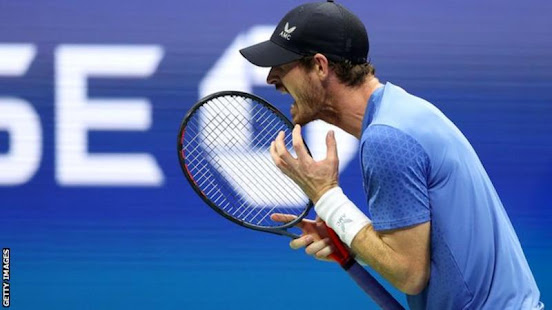 The world number 116 was sluggish in the first set but hit back to take the second against the big-serving Russian.

Seeded fifth, Murray had hoped for a run of games in France, attracting large crowds for his two matches.

But an unfortunate net cord at break point down in the third set broke his resistance and Safiullin ran away with the match.

Murray, 34, impressed in the first round and wanted to build his ranking with a good run in this ATP Challenger event.

The Scot lost two of his opening three service games but there were signs of recovery when he broke back as Safiullin served for the set.

The Russian, 24, closed out the opener but ever-dogged, Murray fought back in the second set and broke in the ninth game on his way to levelling the match.

He had break point in Safiullin's opening service game but could not convert before the Russian benefitted from a fortunate net deflection to break in the next game.

Murray lost his rhythm after that as Safiullin raced away with the deciding set and, even though the former British number one saved a series of match points on his own serve, it was ultimately in vain.

Three-time Grand Slam winner Murray has a wildcard for the Metz Open next week.

In the Slovenian Open, Britain's Katie Boulter struggled against second seed Yulia Putintseva of Kazakhstan and was knocked out 6-3 6-1.