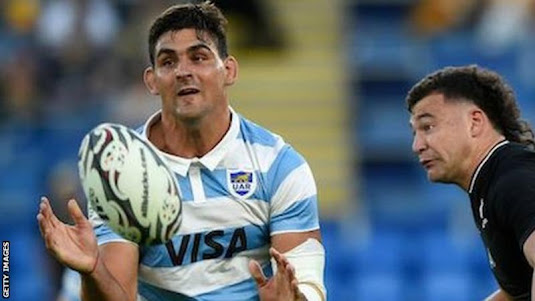 The tournament has been held under strict biosecurity protocols with restricted travel because of Covid-19 cases in the state of Queensland.

But the players crossed into New South Wales to visit the tourist destination.

The group had to stay in a hotel in NSW on Wednesday night after being stopped at the state border by police for failing to produce the required documentation.

"Sanzaar is very disappointed that such a breach has occurred given the clear rules that are in place to ensure the health and safety of all players and staff, and compliance with all relevant health orders."

The six players will be unable to play in Argentina's final Rugby Championship match against Australia on Saturday, and will remain in NSW until the team's departure from the country on Sunday.

The Pumas are yet to win a game in this year's tournament.

The players' expulsion comes days after Sanzaar and Rugby Australia apologised to Argentina after the they were left out of a team captains' photo shoot.

Meanwhile, Australia head coach Dave Rennie has named 38-year-old prop Greg Holmes on the bench for his first game since 2016, and back-rower Sean McMahon for his first since 2017 for Saturday's match.

Holmes, who will become the oldest Wallaby since World War Two, joined up with the squad in August to help out younger players.

He had initially met with Rennie for a beer in Perth only to ask if he could come into camp to take notes for when he moves into coaching, but Rennie later asked him to join up as a player.