Mixed Marshal Arts: Bellator 266: Saul Rogers had to be 'selfish' to rebuild his confidence 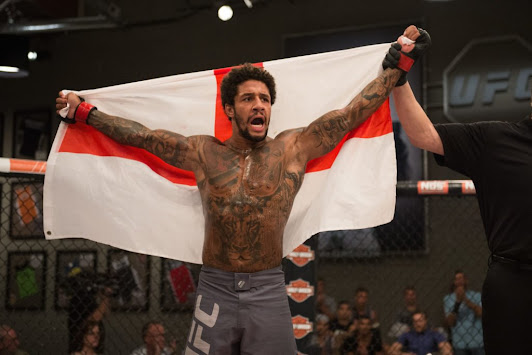 The Englishman was submitted by Mads Burnell at Bellator 257 and returns to action this weekend in San Jose.

Rogers was so dismayed by his performance that he packed his bags for the US and rebuilt his training from scratch.

"After that last fight I was so disappointed with myself,"

"I didn't really prepare as well as I could have, but after that last fight and that performance I got out of that cage and said, 'That'll never happen to me again, I will never perform like that again'."

"Any aspect I could I changed," he continued.

"I was killing myself getting down to 145lbs. Now I'm fighting a weight higher and much healthier.

"I changed my whole training routine, went to America at one of the best teams in the world, Sanford MMA.

"Changed my mindset. Changed my diet and now got a great nutritionist. Changed my sleep habits, my eating habits. Every aspect of me I've changed - for the better. I feel like a different guy now."

'There is no balance with fighting and family'

Rogers has two young children at home in the UK and told his partner he would not return until after his next fight.

It means the 31-year-old has spent several months in the States, and Rogers explained he has learned fighters have to be selfish - with the blessing of their family.

"When you're a fighter there is no balance," he admitted.

'I lost my confidence'

The defeat by Burnell helped Rogers realise his confidence was shot, and the lightweight enlisted the help of a mind coach.

"You've got to grieve a loss," Rogers said, describing himself as a "nightmare" to be around after his last fight.

"All throughout my career I've been confident. I had this unbelievable self-belief and self-confidence.

"Over the years when you're getting tested and sometimes results don't go your way, it starts to chip away at you.

"But the thing is nothing is going to be smooth sailing. That unbreakable confidence - you've got to have that regardless.

He added: "People look at mind coaches like they'll give you all the answers. That's not the case. Your mind coach lets you figure it out yourself. I know I'm great and all that confidence has come back to me tenfold."

Rogers will have the chance to test his new-found confidence against Georgi Karakhanyan. The 36-year-old has a reputation of being unpredictable and a wealth of experience. His clash with Rogers is his 19th fight with Bellator.

"He's a bit of a crazy guy. I truly believe I can beat him wherever this fight goes," Rogers said.