Football: Kane needs to remind Tottenham of his brilliance when they face Chelsea 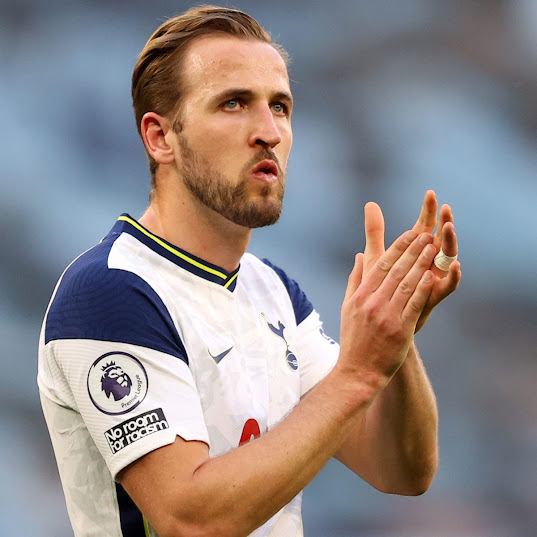 Harry Kane inadvertently gave Tottenham Hotspur a glimpse of life without him against Crystal Palace last weekend despite playing the entire game. For the first time in the 28-year-old's Premier League career, he failed to register a single shot or even a touch in the opposition's penalty box as 10-man Spurs slumped to a 3-0 defeat at Selhurst Park.

It wasn't quite the disappearing act he had in mind earlier this summer. Kane had hoped to join Manchester City after growing frustrated at Tottenham's inability to win silverware even as he established himself as one of English football's most prolific goal scorers. That internal tension led to Kane being left out of Spurs' opening-weekend clash with City, a match that ended in a surprise 1-0 win for the hosts and chants of "Are you watching Harry Kane?" from home supporters disillusioned with the actions of someone they proudly declare "one of their own."

Kane's relationship with those same fans has since returned to normal -- perhaps indicating that some share his irritation at the ongoing trophy drought -- but his goal return has not quite followed suit.

Sunday's visit of Chelsea provides a timely opportunity to remind everyone of his ability to define the biggest matches, an achievement that would benefit the interested parties on a number of levels. Kane can remind City of what they ultimately opted not to pay for, while Spurs could make a real statement, versus the reigning European champions, that the big prizes are within reach after all.

Kane has often been rightly hailed throughout his career for a high level of professionalism, but he will surely never have found it harder to motivate himself than at the start of this season, returning to the club he thought he would leave just weeks after losing the Euro 2020 final with England.

On Thursday evening, Kane broke Tottenham's club record of appearances in European competition, making his 65th outing to surpass Steve Perryman. More club targets are within reach given that it was 10 years last month since he made his debut for Spurs: he's third on their all-time goal scorers list with 166, just 10 behind Bobby Smith and perhaps two more prolific seasons away from overtaking record holder Jimmy Greaves' 220.

As if to underline the fall from grace, Kane's 65th outing came in a 2-2 draw at Rennes in the Conference League draw -- his 50th European game was the 2019 Champions League final defeat to Liverpool.But such pursuits aren't enough to sate Kane's desire to be judged against the game's greats, not just those celebrated in London's N17. Kane might now be Spurs' highest appearance-maker in Europe, but that milestone came in the group stage of UEFA's inaugural Europa Conference League, a third-tier competition beneath the Champions League and Europa League, largely contested by minnows and also-rans.

It is this drift that led Kane to inform Spurs of his desire to leave in May, shortly before Euro 2020. He doubled down when a move didn't materialise, failing to report back to Tottenham as planned for preseason COVID-19 and blood tests. But as much as that ran counter to his famed professionalism, it should also be noted Kane was correct to point out in a statement that he'd never refused to train, nor did he go on strike or hand in a formal transfer request. All of those would have represented nuclear options in attempting to force through a move to City, but opting against doing so made his reintegration considerably easier.

Sources have told ESPN that the key factor in Kane's failure to move was simply that City never showed any serious intention of an offer close to the £150 million transfer fee that Tottenham chairman Daniel Levy wanted. Spurs refused to countenance transferring Kane -- despite the player's belief he had a gentleman's agreement -- and so from Levy's point of view, with both his valuation and reluctance effectively out in the open, the onus was on City to make a huge bid.

City let it be known through intermediaries that they were prepared to pay £100m in addition to offering multiple players -- both clubs privately denied reports a formal offer was ever actually made -- but with Levy having leverage given that Kane had three years left on his contract, Spurs did not budge and prolonged talks never took place.

Kane's approach was somewhat naive, but he never burned his bridges with his teammates, some of whom were even said to be sympathetic to the situation. Sources claim new head coach Nuno Espirito Santo was given assurances Kane would stay and planned accordingly, although it remains to be seen whether City test Tottenham's resolve again in January or, more likely, next summer.

The sight of England manager Gareth Southgate settling on a front three of Kane alongside City duo Raheem Sterling and Jack Grealish during the biggest international fixtures this month will no doubt have given Pep Guardiola further pause for thought. Kane scored in all three England matches, extending a run of five goals from eight games in all competitions so far this term -- a record that looks more than acceptable at first glance, until a deeper examination underlines the improvement that is needed.

Kane's goal against Andorra came from the penalty spot, while his strike against Hungary did little to mask the fact he should have had a hat trick given the chances missed in the Puskas Arena. His superb 30-yard drive against Poland was a moment of brilliance in an otherwise subdued game; the only goals he has managed for Spurs this season came against Pacos de Ferreira in the Europa Conference League qualifying round.

There is further mitigation in the teams he is playing for, too. Nuno is just over two months into his role, while Southgate's oft-cited conservatism as England manager might not facilitate the most creative environment in which Kane could thrive. Yet he was subdued on his first Premier League start against Watford and had 38 touches against Palace without ever threatening.This is not to single him out for criticism. Kane was famous for his slow starts -- failing to score in August of any season until 2018-19 -- and an element of a mental fatigue from Euro 2020 would be understandable given England's agonising defeat on penalties to Italy, a shortened holiday and the speculation over moving to City.

"I think Harry is in for a really tough season, personally," former Spurs midfielder and manager Glenn Hoddle said on Thursday. "It is up to the other players to start creating more consistently. Last year, it was a lot down to him for assists and goals. He can't keep doing that every season."

There is some truth in that, and Nuno will hope Son Heung-Min, with whom Kane has forged such a potent partnership, will be available to face Chelsea. Further doubts exist over several others including Davinson Sanchez, Cristian Romero and Giovani Lo Celso, all of whom have spent the week training in Croatia after club rules to play for Argentina in Brazil.

But Kane voluntarily judges himself against Cristiano Ronaldo and Lionel Messi, the two greatest players of his -- and perhaps any other -- generation. He views himself among the handful of players capable of defining the biggest matches on their own, a group Romelu Lukaku is pushing to join after two prolific years at Inter Milan.

Kane has just one goal in his past eight League games against Chelsea, and Lukaku will lead their attack on Sunday having made promising early strides in proving himself the missing piece in the Blues' bid to win the title. What a moment, then, for Kane to remind everyone -- perhaps including City -- of his true value.