Football: England move up to third in men's world rankings 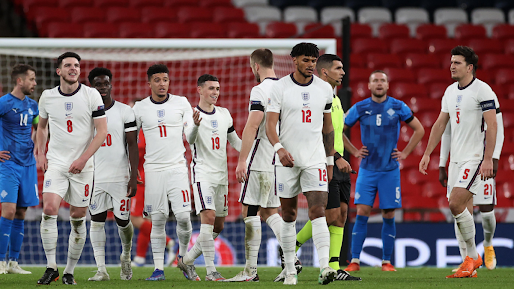 Following their defeat by Italy in the Euro 2020 final in July, England beat Hungary and Andorra 4-0 in World Cup qualifying earlier this month before drawing with Poland.

Gareth Southgate's men move above world champions France, who drop to fourth after two draws and a win.

The last time England were ranked third was in September 2012.

Belgium remain in top spot, while Brazil are second.

Wales stay in 19th after a victory against Belarus sandwiched between draws against Finland and Estonia.

Scotland, who lost in Denmark before beating Moldova and Austria, rise four places to 45th.

Northern Ireland are also up four spots, wins over Lithuania and Estonia and a draw with Switzerland lifting them to 47th.

The Republic of Ireland have fallen from 47th to 50th after defeat by Portugal and draws with Azerbaijan and Serbia.

The Fifa rankings were first introduced in December 1992.