US Open 2021: Andy Murray a tough start for me - Stefanos Tsitsipas 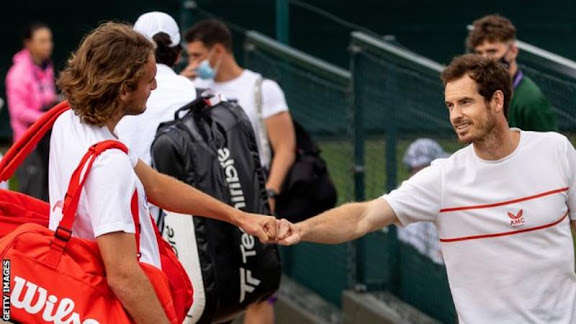 The 23-year-old Greek is one of the favourites at Flushing Meadows with some star names forced to pull out of the tournament.

But he is not thinking further than his encounter with 2012 winner Murray, 34.

"I'm focusing on what's next. This is way too deep to look into. Got to stay in the moment," he said.

"He's someone that has been putting a lot of work in to get back and has been playing very good tennis to be standing where he's at right now.

"I'm going to go for it, try my chances against him. He's someone that won't give up. I'll have to bring some good tennis from my side."

Spain's Rafael Nadal, Swiss superstar Roger Federer and defending champion Dominic Thiem of Austria are among those unable to play in New York through injury - and Murray has fought hard not to join them.

Since then he has enjoyed a good win against France's Richard Gasquet before losing to world number 13 Hubert Hurkacz at the Cincinnati Masters. Murray then beat Noah Rubin at the Winston-Salem Open before losing to American Frances Tiafoe.