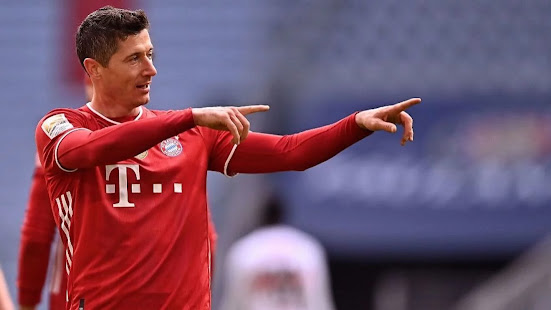 According to bookmakers, Betfair, Man City are favourites to sign Lewandowski ahead of Real Madrid, PSG, Manchester United, Liverpool and Chelsea after it emerged today, he wanted to leave Bayern Munich.

The Poland international is said to want a new challenge and is keen on a move away from the Bundesliga champions.

Man City are keen to bring in a striker to replace Sergio Aguero, who joined Barcelona this summer.

Pep Guardiola’s side have so far failed to strike a deal with Tottenham to sign their striker, Harry Kane.

His contract expires in 2023 and a move next summer is more likely than this summer with little time to strike a deal and for Bayern to find a replacement for the forward.

Lewandowski would cost more than £100million despite turning 33 years old this weekend.