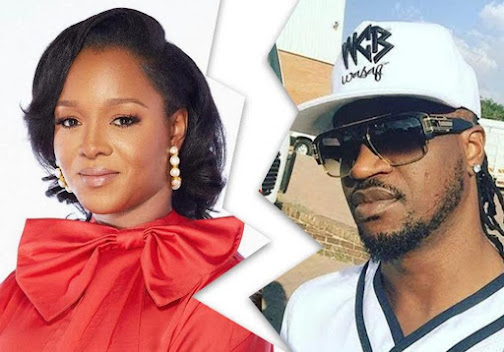 Some social media users have continued to react to the leaked divorce document filed by Anita Okoye, wife of Nigerian music superstar, Peter Okoye known by his stage name, Rudeboy.

We had reported that a petition which cited irreconcilable differences as the basis of the irretrievable breakdown of the seven-year-old marriage was leaked on Friday.

Recall that Rude Boy got married to Anita in 2014 after over 10 years of courtship. The couple presently have three kids.

Following the report, concerned Nigerians took to their social media handles to express their different opinions.

While some expressed fear of getting married over the high rate of divorce cases in the society, others believe that there are still good marriages.

@UNCLE_AJAJA: “Because Anita Okoye asks court to dissolve marriage with singer Paul Okoye (Rudeboy of P Square), no mean say make you give up on love, we still have many successful marriages out there, bad news in marriages and divorce just have better PR”.

@Dignityboss: “Rudeboy was against his brother’s marriage to a Yoruba woman who’s older than him now his own marriage don first cast.. no be by same ethnicity or age difference.. marry who you love”.

@lamOhmai: “Rudeboy and his wife Anita are about to end their marriage. People are ending marriage nowadays like it’s a dating relationship”.

@BarcaPrincipal: “Waking up to Anita and Paul Okoye’s (Rudeboy) divorce proceedings is the most shocking news I’ve heard this week. I love that couple a lot cus they started from nothing together and now this”???

@OgaKnowledge: “Sometimes marriage scares me. After all these years and 3 kids? Ordinary girlfriend breakup I nearly died, omo”.

@itsCollinscole: “So Paul Okoye (Rudeboy) and His wife are allegedly getting a divorce but then Peter Okoye and His wife (who the entire family was against their marriage) are still together. The irony of life”.