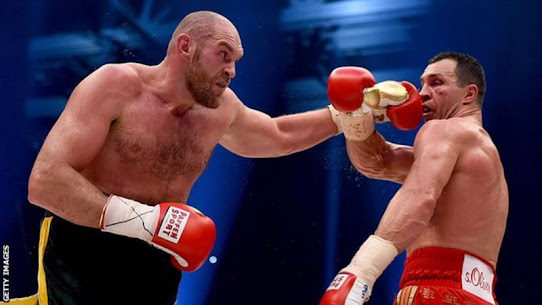 As he steps down as the BBC's boxing correspondent, Mike Costello reflects on the highlights of his 45-year BBC career.

The Freeman moment was seven years in the making - the expectation building from the moment Sydney was awarded the Games by the International Olympic Committee in 1993.

On the night of the 400m final, Freeman wore a full-length bodysuit (including a hood), as if to shield herself from all the pressure and any potential distraction.

She ran the race of her life - and the noise of the crowd of 112,500 was like nothing I have heard before or since.

Earlier in the year, I had commentated on Floyd Mayweather's win against Oscar de la Hoya, an event which triggered his transition from world champion to superstar.

Yet come December, Ricky Hatton was heavily favoured by many British fans, and they swamped Las Vegas to make it a fight week like no other.

Mayweather was brilliant and he found wry humour at the post-fight news conference when, in response to the Hatton fans' song we had heard all week, he took to the dais and warbled: "There's only one May-weather..."

My first Olympics for 5 Live heralded the arrival of the sprint legend.

Bolt virtually danced across the line in the 100m final, sauntering to Olympic gold as if it were all happening on a school sports day.

Having interviewed him in Jamaica in 2004, when he was a nervous 17-year-old intent on emulating Michael Johnson, it was mind-blowing to witness his growth on what would be the first of so many special Bolt nights.

My appointment as 5 Live's correspondent coincided with the emergence of Bolt and Mayweather as global icons, leading to a privilege beyond measure.

Christine's coach, Lloyd Cowan, had been unfailingly helpful to me in my early days as correspondent, and I happily stole his insight into the standout British moment on the track.

Ohuruogu came from fifth place at the entrance to the home straight to somehow win gold.

Lloyd died this year, so the hug and the photo we shared at the post-race news conference back then has become even more treasured.

On the walk from Stratford tube station to the Olympic Stadium for the evening athletics session, we knew Jessica Ennis was 800 metres away from heptathlon gold, and that Mo Farah was favourite to win the 10,000m, but the night unfolded in a way few of us could have expected.

Greg Rutherford's victory in the long jump stitched together a sequence of three gold medals in the space of 45 minutes, and 80,000 of us were granted a licence to boast 'I was there' on one of the most memorable nights in British sporting history.

Farah's gold medal run was enthralling: usually, a 10,000m commentary consists of 20 laps of comment and chat followed by five laps building to a crescendo. This was different. Rutherford's gold was confirmed four laps into Mo's race and the stadium erupted, all the way to the blazing finish.

A fight for the social media age, built and hyped online.

Carl Froch had won their first contest six months earlier in a stoppage many, including George Groves, claimed was premature, and the clamour for the rematch turned into a fever.

Promoter Eddie Hearn tweeted about the prospect of the return taking place at Wembley Stadium, and the response convinced him the event would sell out.

A crowd of 80,000 created envy around the boxing world and there was a genuine split among the fans as to the outcome.

It was settled by a right hand from Froch in the eighth round which ranks among the best single-shot finishes I've ever seen in a British ring.

Fury's promoter at the time, Mick Hennessy, had told me repeatedly how the 'Gypsy King' was untouchable in sparring and would one day rule the heavyweight division.

In Klitschko's adopted homeland, Fury produced a performance to match any by a Briton abroad in prevailing on points.

Midway through the second round, as they came together in a clinch, Fury tapped Klitschko on the back of his trunks as if to say, "Come on, let's get on with it."

It was remarkable composure so early on, and a key factor in the disarming of a long-reigning champion who had engaged in more world title contests than Fury had had professional fights.

I'm often asked if there is an event from the past I wish I had covered.

'The Rumble in the Jungle' between Muhammad Ali and George Foreman in 1974 is the answer - but I would settle for a commentary on any Ali fight.

As morbid as it seems, being in his hometown of Louisville for the funeral was high among my most special assignments.

His family insisted on a day of celebration, and they got their wish.

I positioned myself on the corner of Ninth Street and Muhammad Ali Boulevard as the cortege flowed past, and when the crowd of thousands broke into an unprompted rendition of 'Ali, Ali...' I was choked with emotion as my childhood hero was carried on to his final resting place.

The result - and the occasion - took me by surprise.

The Kaiser Chiefs played live to accompany Josh Warrington's walk to the ring, and the scene was set for a deafening chorus of approval lasting 12 rounds as Warrington defied the bookmakers' odds to outbox and outwork Lee Selby in winning the IBF featherweight title.

Warrington became the first men's world champion from Leeds - the intensity of his performance underpinned by the passion of the crowd.

It all brought back memories of those mighty Hatton nights in Manchester.

One of my earliest memories of boxing is my dad waking me before school to tell me Muhammad Ali had been beaten by Joe Frazier in the 'Fight of the Century' in 1971.

To commentate on a world heavyweight title fight at the same Madison Square Garden all those years later was a dream come to life - and the shock defeat for Anthony Joshua only magnified the scale of the experience.

Across three fights (the others involving wins for Katie Taylor and Callum Smith), I had filled the role of presenter, ringside interviewer and commentator - amounting to as big a test as I have faced on air.