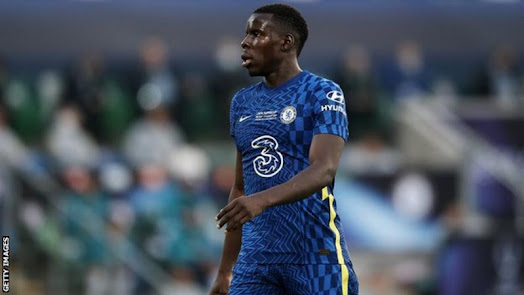 Manager David Moyes has been desperate to bolster his Hammers squad before their return to European competition.

Zouma, 26, is having a medical and it is understood personal terms have been agreed, with a deal close to completion.

"We have had an offer accepted from Chelsea for Kurt but I could not tell you if the medical has been completed yet," said Moyes.

The France defender played 36 times for Chelsea last season but is not viewed as a long-term prospect by Thomas Tuchel, who has been targeting Sevilla's France defender Jules Kounde.

The Blues boss also confirmed that a deal was close.

"There are negotiations between West Ham and Chelsea about Kurt," Tuchel said.

"Kurt right now is not with us but not because of these negotiations. He's had some personal and family issues and we allowed him to travel to France.

"There are negotiations but, to be very honest, I don't know where that leads right now."

Zouma joined Chelsea as a 19-year-old from Saint-Etienne in January 2014 and has had loan spells in the Premier League with Stoke and Everton.

He has made 151 appearances for the Blues in all competitions, scoring 10 goals.

West Ham have started the season in superb fashion, recording back-to-back victories against Newcastle and Leicester to top the Premier League after two games.

However, Moyes knows he needs more players if West Ham are to maintain their progress once the competing demands of Premier League and Europa League football begin to have an impact next month.