”I weep for Nigeria” – Actress, Empress Njamah blames Buhari for missing her flight 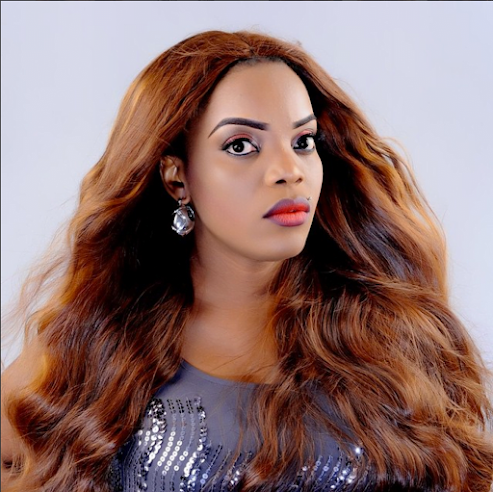 Nollywood actress, Empress Njamah has expressed outrage after she missed her flight because all roads were blocked so Buhari could pass.

The actress in a video on her Instagram page on Friday said despite leaving 3 hours earlier for the airport, she was in a roadblock for an hour and twenty minutes just because the President of Nigeria was passing.

”It pains me so much that I had to miss my flight even after I left my house three hours before departure time just because there was a roadblock and this is because President Buhari was going for a ceremony.

”So, because the President of the Republic of Nigeria was passing all roads were blocked and I was stuck in traffic for one hour twenty minutes.

”When am like this my heart begins to beat faster than normal, that smile and glow disappears, a frown is obvious, anger is bad for the health and that’s the reason we are not friends. I pray for calmness and will keep praying to our country Nigeria.

DAILY POST had reported that on Friday, as the President headed to Kano for the wedding of his son, Yusuf and Zahra Bayero, the road leading to Abuja airport was shut down.

Motorists, commuters, logistics operators, among others, were caught in a gridlock that lasted hours.

Many got to their destinations – airport, hospitals, shops, schools, workplaces, appointment venues – behind schedule.

Also, Yusuf and Zahra’s union is expected to take place Friday afternoon after Jummah prayers, amid the surging third wave of COVID-19.

This comes after presidential spokesman, Garba Shehu claimed his principal shunned the funeral of late COAS, Attahiru, who died in a military plane crash near the Kaduna airport because he dislikes the idea of closing roads and security men molesting people for the right of way.