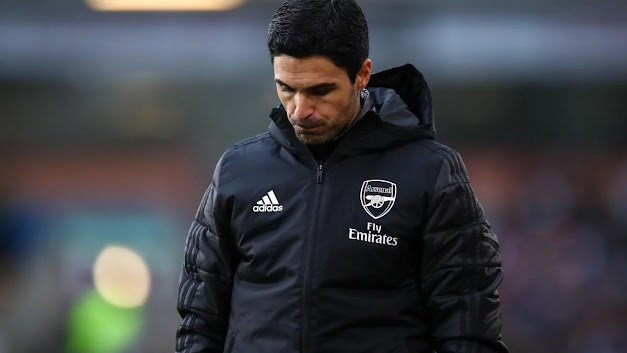 The Gunners finished outside of the top six last season, suffered a dismal Europa League exit at the hands of Emery’s Villarreal and have started the new campaign with a 2-0 loss to Premier League newcomers, Brentford.

Bent said it is ‘tough’ to watch the club’s demise, urging the club to sack the Spaniard if they have the chance to appoint Conte.

Europa League: Arteta gets warning to either win trophy or be sacked

Conte won Premier League and FA Cup trophies during his spell at Chelsea, and guided Inter Milan to the Serie A title last season

“It’s tough to watch,” Bent told talkSPORT when asked about the situation at Arsenal.

“The performance against Brentford was poor, they were bullied. It wasn’t good to watch and I felt sorry for Ben White.

“If we want to get back to the good times, you sack Mikel Arteta and bring in someone like Antonio Conte.

“They are spending a lot of money on new players and we seem to be going backwards. With Conte it’s a different kettle of fish.