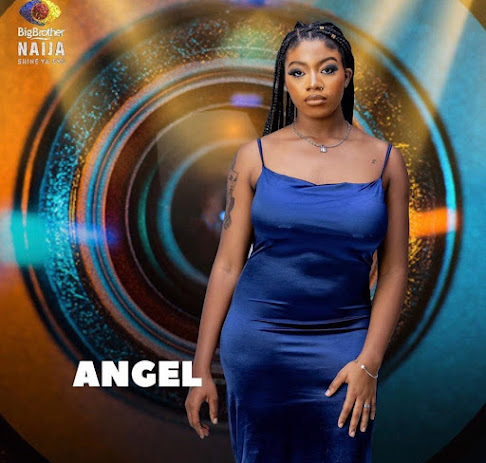 Father to Big Brother Naija, BBNaija season 6 housemate, Angel, has reacted to Maria’s comment about her attitude with boys in the house.

When asked for her opinion on Angel’s relationship with the male housemates in the house, Maria during her diary session berated Angel, describing her as not being trustworthy and disrespecting in the house.

Biggie, responding said “Don’t you think the boys should be held responsible for not rejecting Angel despite in a ship.”

Maria responding said: “I totally agree with what you’re saying Biggie but I think at the end of the day boys will be boys. If anything easy comes their way, they run with it.”

Angel’s father, who is the handler of her Instagram page, @theangeljbsmith, did not take the statement likely and took to Instagram reacting to Maria’s diary session.

He criticized Maria’s comment ‘that boys will be boys’, saying society should learn to hold men accountable for their action.

According to him, women should be free with their bodies without making them look cheap.

He noted that a woman should not be judged or slut-shamed as being easily accessible because of what she wears or how she’s liberal with her body but the men gets away with ‘You know how boys are’.

Part of the post read: “We live in a patriarchal society where men are not held accountable for their actions in the name of ‘men will be men’. Who made these rules?

“A woman is not easily accessible because she chooses to be liberal with her body. It’s important that men are held accountable for their actions the way we hold women also, isn’t that what equality stands for? To excuse grave mistakes with the phrase ‘boys will be boys’ has to stop’

“That being said, Angel will be Angel in Big Brother’s voice.” 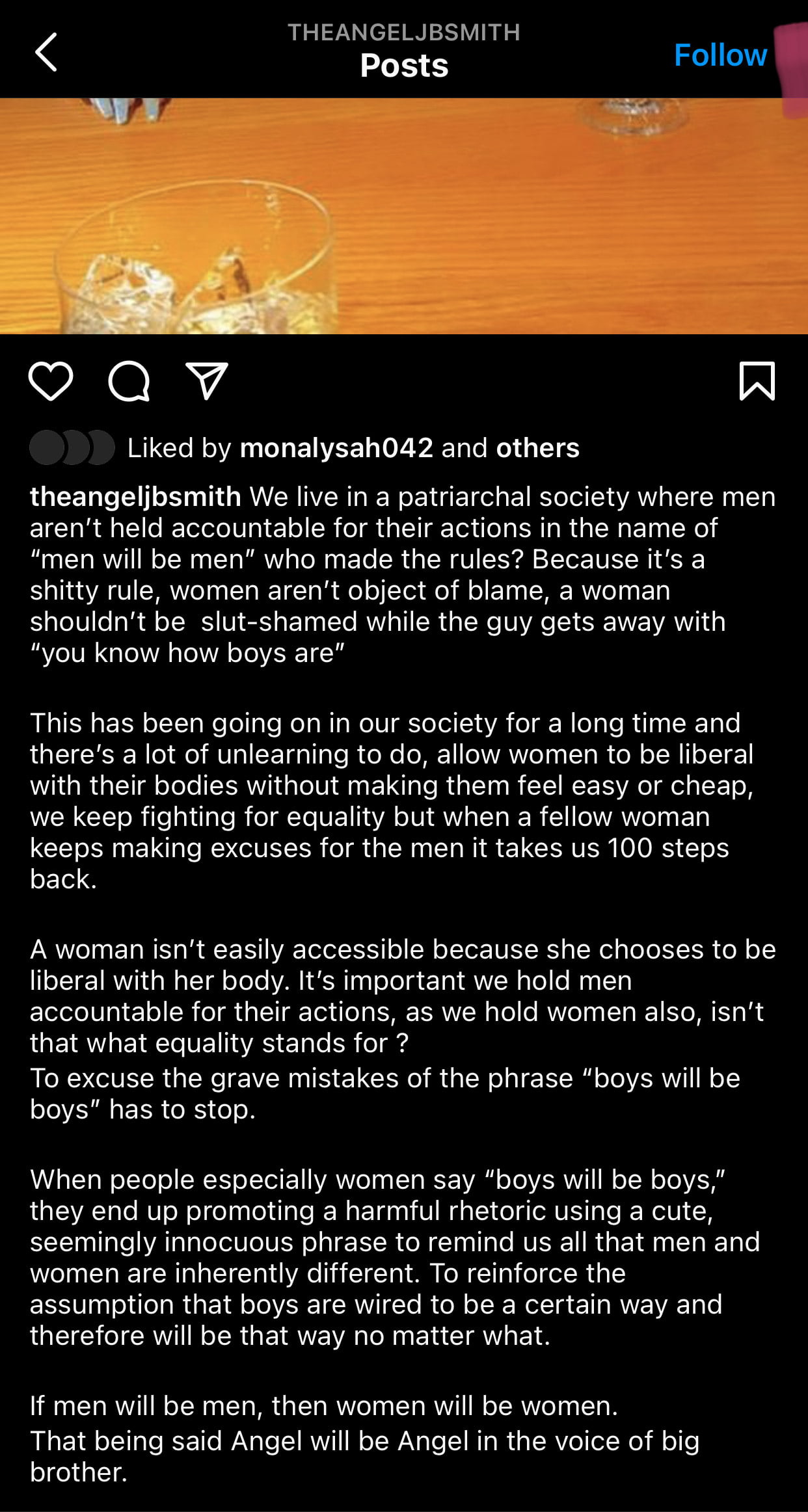