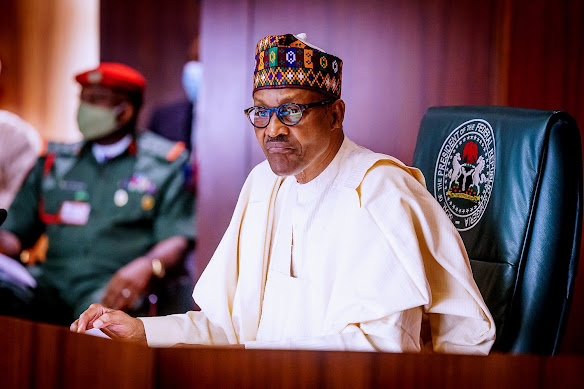 HURIWA carpeted Buhari, accusing him of excessive penchant for always robbing soap into the eyes of Igbo speaking Nigerians over his recent threat to deal with youths agitating for self-government in the South East.

Buhari had on Tuesday after a security briefing about the attacks on facilities of the Independent National Electoral Commission, INEC, in the South East, categorically threatened to deal with those who, according to him, want to destroy his government.

Buhari said such individuals or groups will receive the shock of their lives as they will be treated in a language they will understand.

HURIWA wondered how Buhari could issue such a threat to the suspected members of the self-determination organisations such as the proscribed Indigenous peoples of Biafra (IPOB), Movement for the Survival of Biafra (MASSOB) and multiple other organisations.

In a statement signed by its National Coordinator, Emmanuel Onwubiko, HURIWA, however, asked Buhari to stop threatening war against any section of the country and behave like a statesman except if he wants to tell the world that he is a warlord.

The Rights group pointed out that armed Fulani herdsmen are being allowed to kill thousands of farmers and destroying communities but Buhari allegedly pampers them and has never threatened to take war to their stronghold.

“Please President Muhammadu Buhari stop reminding us the Igbo of how you participated in the pogroms that resulted in the killing of over 3 million Igbo in the late 60’s and even after destroying the then Eastern Region, General Yakubu Gowon the then war time junta leader failed to rehabilitate or reconstruct the destroyed Eastern region but after the people through their efforts rebuilt South East of Nigeria, President Buhari is now threatening to launch another civil war against Ndigbo only because a bunch of boys are constructively canvassing self-determination.

“This is outrageous, provocative and sadistic. We condemn this dangerous rhetoric and hate speech with all our hearts and minds and we are putting the World on notice that Muhammadu Buhari plans to carry out another pogrom against Ndigbo”.