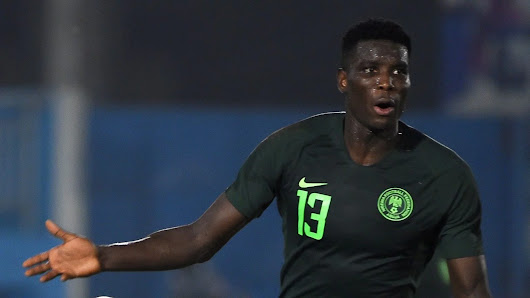 Genk striker, Paul Onuachu, is keen on a switch to Arsenal.

According to Voetbal Belgie, the Super Eagles striker is eyeing Premier League football next season.

Thanks to his stunning form this season, Onuachu’s market value has risen to €17 million.

Genk are also reportedly ready to listen to offers for the Nigerian international.

Onuachu is under contract at the Luminus Arena until 2024.

He joined the club from Danish club Midtjylland for €6 million in 2019.