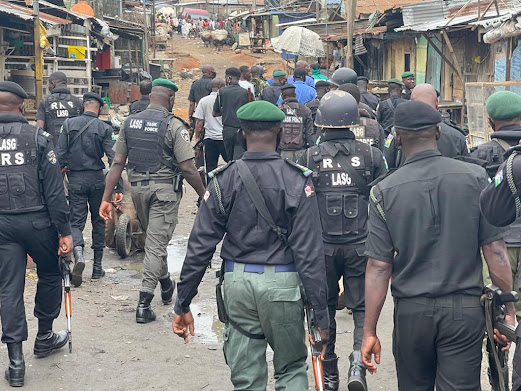 The Police Command in Lagos has announced the arrest of 48 suspects in connection with the Thursday morning disturbances around the Mile 12 area of the state.

NAN reports that Mr Olumuyiwa Adejobi, its Public Relations Officer, in a statement, said that normalcy had been restored to the area.

Adejobi said those arrested would be prosecuted to serve as a deterrent to others.

“Investigation suggests that one Aliyu Shuaibu of Gengere community stabbed Mr Sadiq Oloyo, a co-resident, with Oloyo dying before help could reach him.

“Hoodlums consequently went on rampage in reprisal and caused commotion in the area.

“The Police Command and other security agencies are on 24-hour surveillance of the area.

“We’ll remain there until all the culprits involved in the disturbances are arrested and normalcy restored,” the statement said.

The statement also quoted the Police commissioner as warning that the command would not tolerate acts of violence and lawlessness in the state.