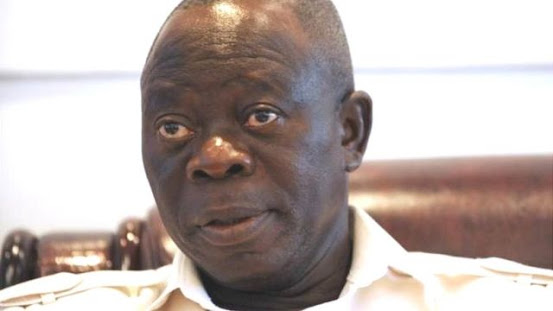 A former National Chairman of the All Progressives Congress (APC), Adams Oshiomhole, has described the call by Chief Robert Clark (SAN) for President Muhammadu, to hand over power to the military as not only shocking but also irresponsible.

Oshiomhole stated this on Friday, while receiving the leadership of the Law Students Association of Nigeria, in his private office, in Abuja.

According to him, it is wrong to canvass for military intervention, because the nation was going through a right patch.

Clark, during a recent interview on TV, asked Buhari to hand over to the military since he was incapable of securing the lives and property of Nigerians.

“I watched on a national television one of your very senior colleagues, Chief Roberts Clark. I was shocked when I saw him calling on the president to hand over to the military.

“I thought that was the height of irresponsibility, given his knowledge, given his age and a very senior member of the bar, and what is it that he wanted? He wants a military that will restructure Nigeria.

“It is again for me senseless, because the structure as it is today, who put it in place? Who overthrew the parliamentary system?