One week after, Boko Haram silent over death of its leader, Abubakar Shekau 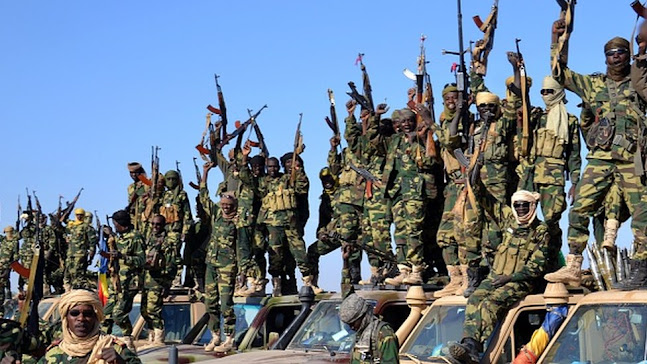 Abubakar Shekau, a fearless leader of the dreaded Islamic sect, Boko Haram may have finally been killed.

Shekau, before the latest news about his death, had died, at least twice.

Recall that in 2009, the Nigerian security forces told the world that they have killed Shekau, the same time Mohammed Yusuf, founder of Boko Haram was killed in police custody.

Subsequently, there had been regular reports that the security forces had killed Shekau including a claim on September 21, by the Cameroonian authorities that they had killed the terrorists leader in a shoot-out, a claim that proved not to be the case.

In each of these claims, however, ‘Shekau’ had issued a video in order to prove he was still alive.

Boko Haram began its violent campaign in 2009 following the killing of its spiritual leader, Mohammad Yusuf.

In 2015, Shekau pledged allegiance to Islamic State (IS), which renamed Boko Haram as the Islamic State in West Africa Province (ISWAP).

It was Abu Mus’ab al-Barnawi, a former Spokesman for Boko Haram, that coordinated the change which Shekau was not comfortable with.

Shekau feared al-Barnawi could leverage his closer relationship with IS to push him out of the organisation.

His suspicion turned out true because in August 2016, IS designated al-Barnawi as the leader of ISWAP.

Shekau left to lead his own splinter group and accused al-Barnawi of being a “polytheist“. Since then, the splinter groups have become rivals.

Just last week, ISWAP’s commander, Dana Daguri led his fighters in a deadly attack on Shekau and his Jama’tu Ahlis Sunna Lidda’awati wal-Jihad (JAS), faction, leading to what has turned out to be his(Shekau) “final death.”

Bana Duguri and his men had stormed the Sambisa hideout of Boko Haram and Shekau was said to have bombed himself to avoid being captured alive.

Compared to past news of his death, Shekau has remained silent. No video nor statement has been released to further justify that he survived the said attack on him and his fighters.

This has further strengthened the belief in Nigeria and other neighbouring countries that Shekau is gone finally. Like Shekau, his Boko Haram faction have remain silent about the news and up till now, no videos making any further clarification from his group has been released.

Intelligence agencies in Nigeria, the Nigeria Defence Headquarters and other security bodies have all confirmed the demise of the fearless terrorist for over one week now, but no response from Shekau or his men.

The army is yet to officially state its position on the alleged killing of the terrorist leader.

But residents of Maiduguri, the Borno State capital have expressed doubts over the alleged killing of Boko Haram leader, saying they would need proof of facts regarding the claims that Shekau was actually killed or killed himself with others during a clash with Islamic State of West African Province, ISWAP as being reported.

According to residents who spoke with A News Agency in Maiduguri, Shekau had remained a ghost as he had been reported killed several times.

“Soldiers had claimed they killed Shekau, they even showed his picture tied to a tree when he was captured in Konduga and subsequently killed. But days later, Shekau was alive and healthy. He even went ahead to attack and sack many villages, made videos about it and warned those claiming to have killed him. Now the story is coming back again just as it was told before. My take is that proof is what we need to believe because we have since become doubting Thomases here.” Laletu Usman, a resident of Bullumkuttu in Maiduguri toldNews Agency.

“Boko Haram Spiritual Leader, Abubakar Ibn Al-Shakawi also known as Shekau is dead. Perhaps this is the sixth time he will be pronounced dead only to resurface again. He was killed in Dikwa, Bama, Kukawa, Marte, Damboa, Konduga and the latest about him was that he killed himself and others when he chose to become a human bomb. For me, these are stories. We need proofs” Mohammed Sani said.