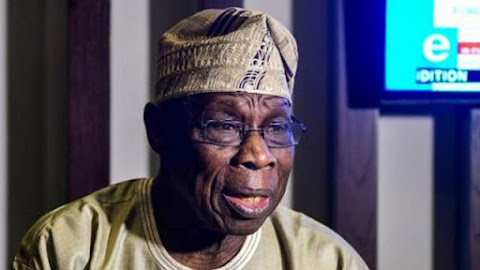 Former President Olusegun Obasanjo has said that the calls for secession might lead to extermination of minority groups in the country.

The former President said this while receiving the Tiv Professional Group (TPG) from Benue State, who paid him a courtesy visit in Abeokuta on Wednesday May 5.

Recounting how a Military friend told him that major tribes in the country are selfish and not sufficiently caring for the minority groups, Obasanjo said he aligned with his friend’s opinion and also expressed worry over what will become of these minority tribes if major tribes decide to secede and begin to operate as separate countries.

“If the Yoruba can stand as a country, if the Igbos and the Hausa/Fulani can stand as separate countries, where do we want the minority groups to be?

“Now, by virtue of the present situation, they are a little bit protected, but if Nigeria breaks up, they will be oppressed and exterminated."

Also recalling his meetings with a number of socio-cultural organisations in September 2020, Obasanjo noted that nobody at such meetings talked about disintegration or breakup. He said “all they clamoured for was a change for good.”