Nigerians ignored my prophecy in 2015 on insecurity – Nnamdi Kanu 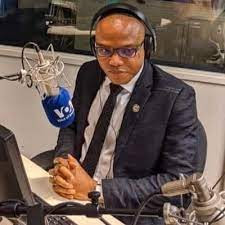 Leader of the proscribed Indigenous People of Biafra, IPOB, Mazi Nnamdi Kanu has claimed that he foresaw the activities of Fulani herdsmen which has recently plunged the entire nation into an unusual security crisis.

Kanu said he spoke with a session of Nigerians in the United States in 2015 that President Muhammadu Buhari’s administration would usher herdsmen and farmers’ crisis.

The IPOB leader stated this while reacting to a report that some schools in the Federal Capital Territory, FCT Abuja were shutting down following the alleged influx of Fulani militias into some parts of Niger State, near the nation’s capital.

“In 2015 I warned the leadership of World Igbo Congress (WIC) in USA & #Nigerians at large during a town hall meeting in LA that @MBuhari’s reign will usher in a deadly and devastating armed Fulani invasion of the country.

“But they ignored my prophecy. Today they have come”, he tweeted.