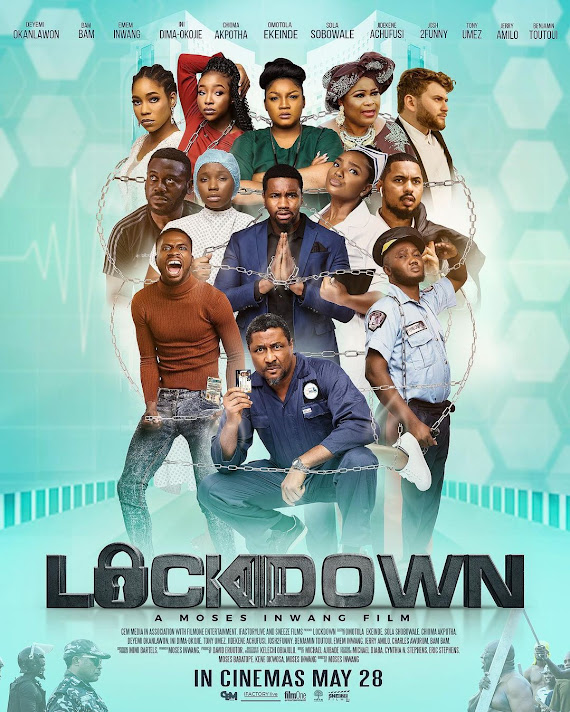 Moses Inwang has dropped the official trailer for his upcoming movie “Lockdown”, ahead of its theatrical release.

The film tells of the coincidental and chaotic meeting of six individuals from different works of life, as a result of a sudden government-imposed lockdown, following the outbreak of a pandemic. Forced to share the same four walls, professional and character flaws are exposed and an unexpected romance story erupts from the chaos.

The film, which was scheduled to premiere at the NollywoodWeek Paris Film Festival, will no longer be shown. Moses Inwang disclosed the cause in an Instagram post was due to a post-production delay.

It saddens me to announce that my latest film, Lockdown, will no longer open or premiere at the NollywoodWeek Paris Film Festival due to a delay in post-production. It’s a disappointing situation for me given how highly I regard the festival and how much people in the diaspora would have loved this film because of it’s timely theme, one that is affecting everyone worldwide. I’ve had a couple of films in selection in previous editions but it would have been a great honour to open the festival this time.

That being said, this situation is also an opportunity for young filmmakers to shine and I am happy to see a first-time director open the festival this year with the film “All Na Vibes”.

As for Lockdown, one of the best films you all will see this year and for a lifetime, it will definitely be out in Nigerian cinemas nationwide from May 28th.

I wish NollywoodWeek a successful online edition and look forward to seeing you all in the cinemas from the 28th of May to see the blockbuster film ‘Lockdown’.