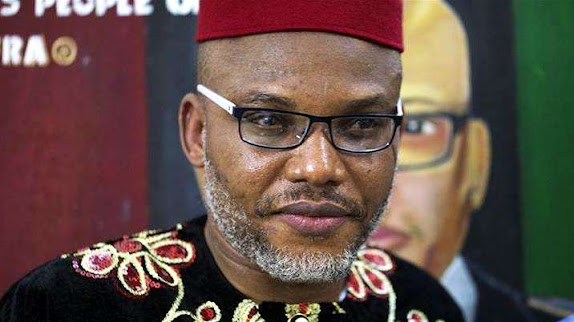 Mazi Nnamdi Kanu, leader of the proscribed Indigenous People of Biafra, IPOB has reacted to the appointment of Major General Farouk Yahaya as the new Chief Of Army Staff.

A News Agency had reported that President Muhammadu Buhari on Thursday approved the appointment of General Yahaya as Nigeria’s new COAS.

General Farouk Yahaya was appointed to replace the former COAS, Late Lieutenant General Ibrahim Attahiru who died last week in an ill-fated military aircraft that crashed at the Kaduna Airport.

Attahriu died alongside ten other military officers and were subsequently interred at the military cemetery in the Federal Capital Territory, FCT, Abuja.

Kanu alleged that all top security positions in the country have been occupied by Fulani men since Buhari’s administration began.

The Biafra freedom fighter made his reaction known in a recent tweet on his official Twitter handle.

The tweet reads, “This is how they roll. Quite frankly, they don’t give a damn. Every security position MUST be occupied by a #Fulani.

“All of you sophisticated morons, grammarians and multi-purpose Efulefus from the South yapping about one Nigeria, your shame is shaming me”.