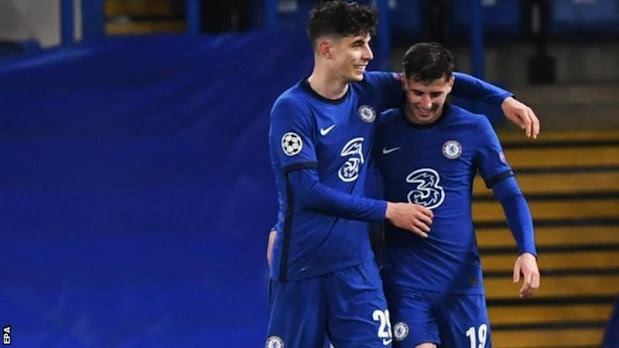 Kai Havertz's Chelsea career has been a slow-burner but the gifted young German has demonstrated impeccable timing to ignite just as their season reaches a peak of possibilities.

Havertz arrived at Chelsea last summer from Bayer Leverkusen, in a club record deal that could be worth around £71m, amid the sort of fanfare befitting one of the most coveted young forwards in Europe.

The 21-year-old's languid style meant that for much of his time under Frank Lampard - the man in charge when he was signed - he looked ill-at-ease, off the pace and marginalised.

And Havertz's hopes of making an instant impact were further hampered when he contracted Covid-19 in November, recounting later that he spent "seven to 10 days just in my bed and everything was hurting".

Those early months looked a distant memory on Wednesday. Against Real Madrid, Havertz demonstrated what all the fuss was about with a majestic combination of poise, elegance and power, as Chelsea completed a thoroughly deserved win over ageing opponents to confirm an all-Premier League Champions League final with Manchester City in Istanbul on 29 May.

Yes, Havertz could have been more clinical but class oozed from every pore and a couple of physical challenges showed he has all the assets to be the complete package. One in particular sent a message loud and clear.

As a long ball was played out of defence in the second half, Havertz found himself in direct competition for possession with one of the game's most intimidating sights, the ruthless old warrior himself Sergio Ramos.

Ramos, with four Champions League winner's medals among his many honours for club and country, has made his career winning this sort of duel, his reputation often intimidating opponents.

It was almost symbolic that Havertz startled Ramos by knocking him aside to take possession.

The exchange drew shouts of delight from Chelsea manager Thomas Tuchel, who has helped Havertz show his real self at Stamford Bridge since he replaced the sacked Lampard in January, and roars from the home contingent on the touchline.